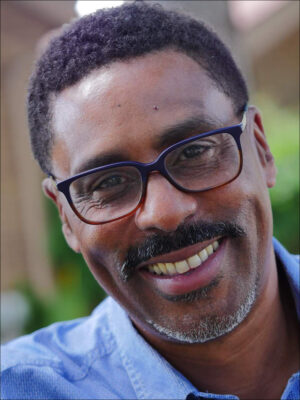 RON STODGHILL is an award-winning journalist whose career includes roles as a staff writer for the New York Times, senior writer and Midwest bureau chief for Time, Washington correspondent for Business Week, and editor-in-chief of Savoy magazine.

Stodghill has authored several books, including Where Everybody Looks Like Me: At the Crossroads of America’s Black Colleges and Culture (2015, HarperCollins/Amistad); Redbone: Money, Malice and Murder in Atlanta (2007, HarperCollins/Amistad), and co-authored former U.S. Congresssman Kweisi Mfume’s bestselling memoir, No Free Ride: From the Mean Streets to the Mainstream (1996, Random House/Ballantine). His freelance work has also appeared in numerous local and national publications, including Salon, Slate, Reader’s Digest, Fortune, Essence, and Charlotte Magazine, where he wrote a popular monthly backpage essay, Last Call.

Stodghill earned his bachelor’s degree at the University of Missouri and an MFA at Queens University of Charlotte. He is the recipient of numerous prestigious writing awards and fellowships, including a Nieman Fellowship at Harvard University (2001), and a Peter Taylor Fellowship at the Kenyon Review (2016).