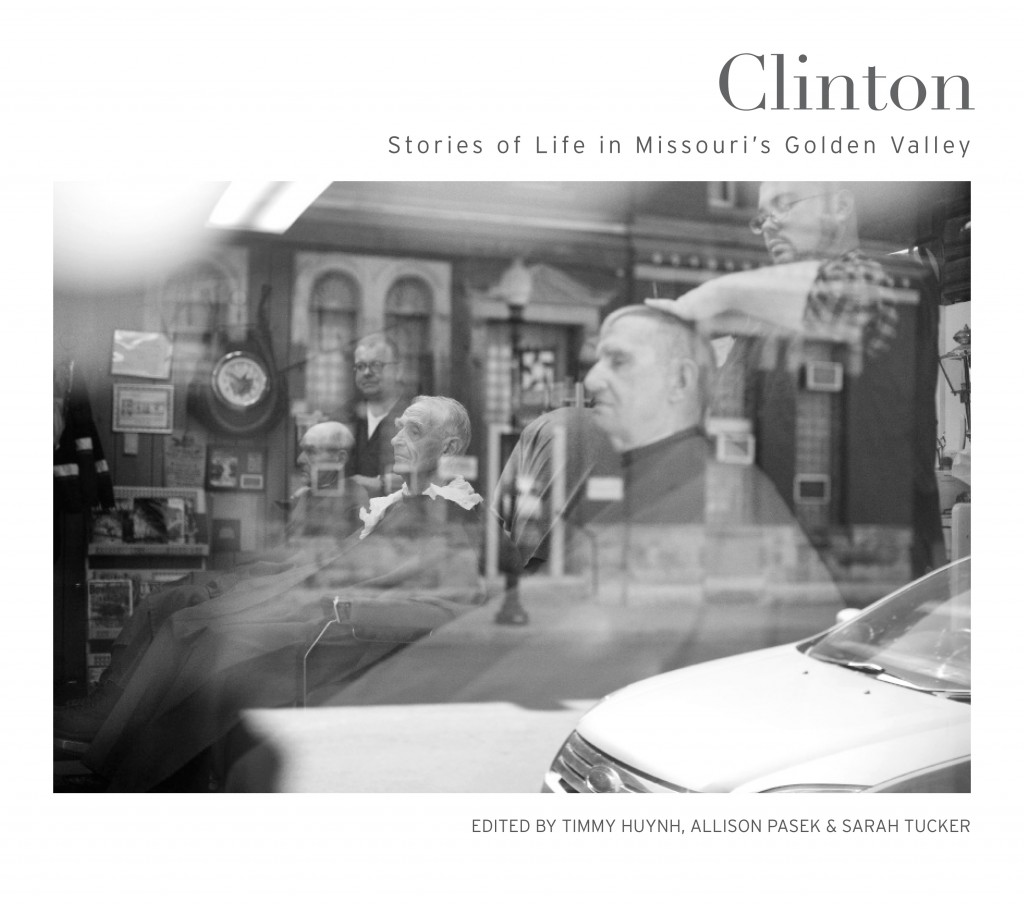 Columbia, Mo. (Oct. 23, 2012) — A new book, “Clinton: Stories of Life in Missouri’s Golden Valley,” highlights the heritage, history and culture of this community situated in the western part of the state.

A part of the Missouri Photo Workshop, the book continues a rich 64-year tradition of Missouri School of Journalism students collaborating with professional photojournalists to create a distinct and historic archive of small-town life in the state.

MPW first visited Clinton in 1982 and again in 2011. The book includes work from both workshops. The Missouri School of Journalism and the Missouri Community Newspaper Management Chair held by Jim Sterling help sponsor the book project.

Clinton is the fourth book in the MPW series. Others are “Macon: The People and Stories of Missouri’s City of Maples,” in 2010; “Festus & Crystal City: The Enduring Legacy of Two Missouri Towns Built on Sand,” in 2009, and “St. James: The People of Missouri’s ‘Forest City of the Ozarks,'” in 2008. All books are available by calling the photojournalism office at 573-882-4882 or by ordering online at the Missouri Photo Workshop website.

MPW has documented more than 45 different Missouri communities since its founding in 1949 by Clifton C. Edom, a Missouri professor many have labeled as the “father of photojournalism.” He began the photojournalism sequence at the School when he joined the faculty in 1943. Edom also was the founder of Pictures of the Year International, a prestigious photo competition now in its 70th year.