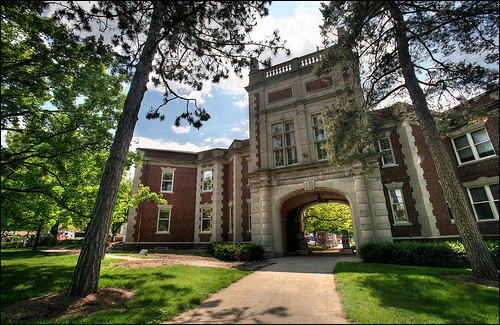 17 Juniors and Seniors Selected for Their Academics, Leadership and Service

Columbia, Mo. (May 2, 2013) — Seventeen Missouri School of Journalism students were tapped into five secret honorary societies during the 86th annual Tap Day on the University of Missouri campus.

Members of the societies choose new “taps” based on academic performance, extracurricular activities, scholarship, leadership and service. The new members’ identities were secret until the ceremony on April 19. Those honored from the School were the following:

LSV Society
LSV was formed in 1908 by a group of women students concerned about the status of women on the University campus and in society as a whole. Each year the organization recognizes the most outstanding upper-class students who, through their individual service to the University and the community, continually strive to promote and improve the status of women.

Mortar Board
Mortar Board is a national society that provides opportunities for continued leadership development, while promoting service to the University, and encouraging lifelong contributions to the global community.

Mystical Seven
Mystical Seven honors seven men and women of the University who have displayed selfless leadership and exemplary character. Founded in 1907, it is the second oldest recognized secret honorary society at the University.

Omicron Delta Kappa
Omicron Delta Kappa is a prestigious national leadership society with chapters on more than 300 college campuses. Members have achieved a high standard of achievement in collegiate activities, and as representatives of ODK, encourage others to strive for attainment in scholarship, athletics, government, journalism and the performing arts.

QEBH
QEBH, founded in 1897, is the oldest recognized secret honor society at the University. Its founder, Royall Hall Switzer, wanted to unite exemplary campus citizens based on their selfless dedication to the University and excellence in personal character.