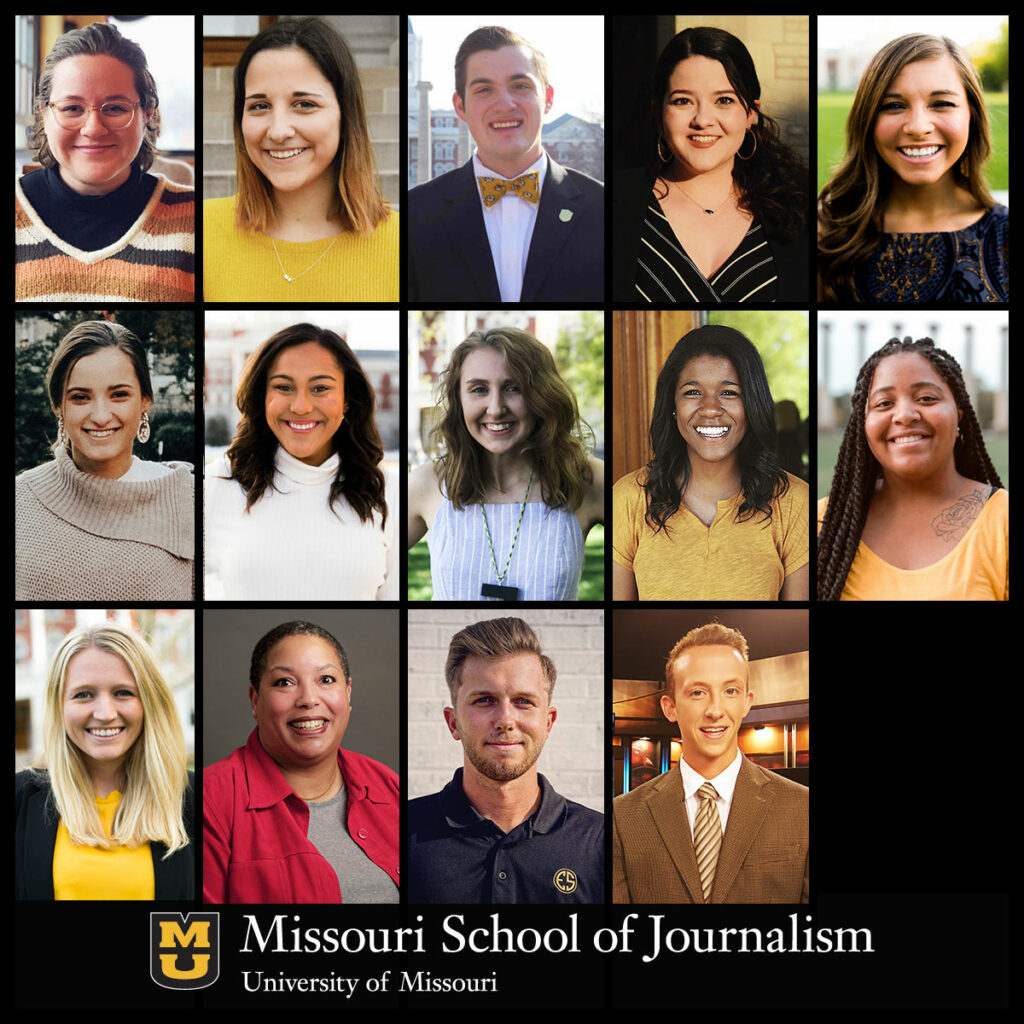 New Members Recognized for Their Service, Leadership and Commitment to the University of Missouri Community

Columbia, Mo. (April 29, 2019) — Fifteen Missouri School of Journalism students and one faculty member were tapped into five secret honorary societies during the 92nd annual Tap Day on the University of Missouri campus.

Tap Day is an annual spring event that recognizes students who excel in academics and campus involvement as inductees into the University of Missouri‘s secret honorary societies. Many of the societies also induct staff and faculty as honorary members to recognize the positive impact they have on students. The tradition dates back to 1927, when the first Tap Day was conducted on Francis Quadrangle by the columns.

Members of the societies choose new “taps” based on academic performance, extracurricular activities, scholarship, leadership and service. The new members’ identities were secret until the ceremony on April 19.

Those honored from the Journalism School are the following:

Mortar Board provides opportunities for continued leadership development and encourages lifelong contributions to the global community, while promoting service to the University.

Mystical Seven honors seven men and women of the University who have displayed selfless leadership and exemplary character. Founded in 1907, it is the second-oldest recognized secret honorary society at the University.

Omicron Delta Kappa (ODK), a national leadership honor society, seeks to recognize high achievers in collegiate activities, to bring together a representative group of students and to bring together the faculty and student body on a basis of mutual interest and understanding.

QEBH, founded in 1898, is the oldest recognized secret honor society at the University. Its founder desired to unite exemplary campus citizens based on their selfless dedication to the University and excellence in personal character.