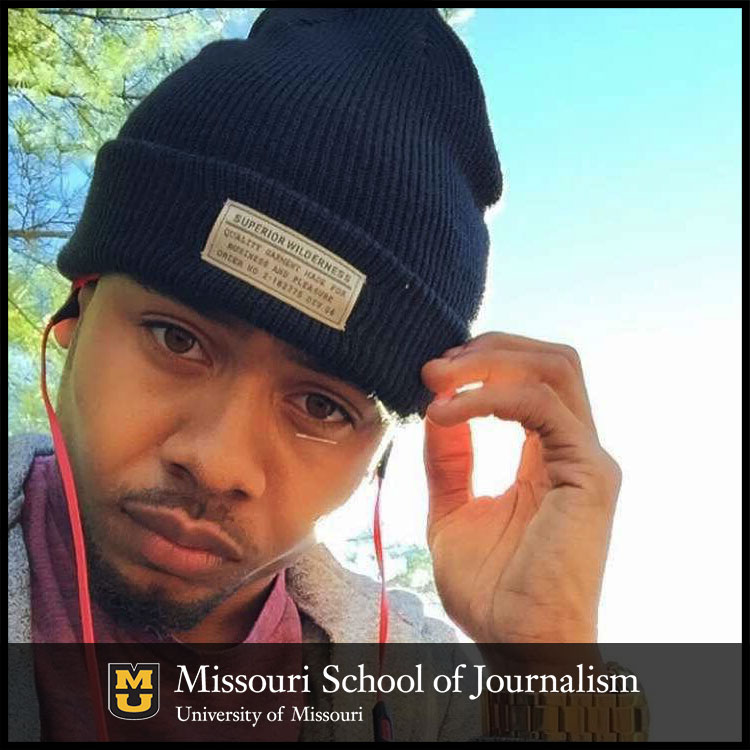 Junior Tashan Reed is currently serving as a sports beat reporter at the Columbia Missourian.

Prize Given by the Press Club of Metropolitan St. Louis/St. Louis Post Dispatch in Honor of Missouri Journalism Alumnus

Originally from Ferguson, Missouri, Reed is currently serving as a sports beat reporter at the Columbia Missourian. He recently participated in a week-long internship at the St. Louis American where he covered community stories. Reed aspires to be a sports reporter for a website and also plans to include both radio and television in his career.

The annual scholarship was established in 2009 in memory of David Lipman, BJ ’53, a longtime reporter and editor for the Post-Dispatch. He was an active member of the Press Club of Metropolitan St. Louis throughout his career. Lipman received the Missouri Honor Medal for Distinguished Service in Journalism in 1989.

The scholarship provides academic assistance for deserving students from the St. Louis area. The winner of the $5,000 award is selected each year by Missourian faculty editors on behalf of the Press Club of Metropolitan St. Louis and the St. Louis Post-Dispatch.

Reed’s ability to consider the community in his reporting was among the reasons for his selection. His application also included stories from a weeklong field trip to the St. Louis American that demonstrated his ability to cover relevant stories from a number of different angels.

Reed will officially be recognized for this award during the group’s July scholarship luncheon.

The Press Club of Metropolitan St. Louis is a professional, social and charitable organization for people who make, cover and influence the news. For information, visit www.stlpressclub.org.