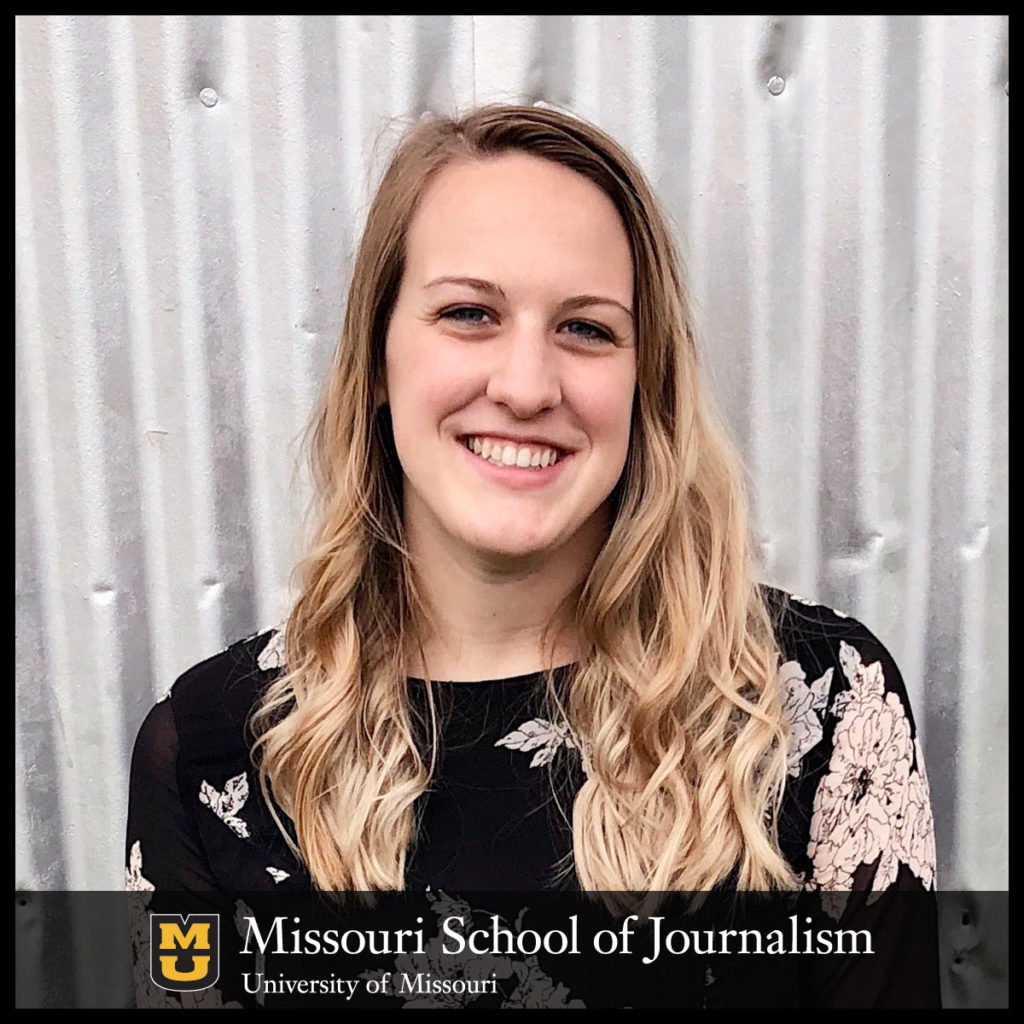 Print and digital news senior Hannah Black says that winning the Homer Hall scholarship will allow her to forgo a part-time job and focus on community storytelling.

A native of Independence, Missouri, Black has spent the better part of the past two years working the community beat for the Columbia Missourian, gaining real-world experience as a reporter via the time-tested Missouri Method. In addition to her time at the Missourian, Black has had her work published by the Grand Forks Herald in North Dakota and a policy news website in Brussels, Belgium.

“The Homer Hall scholarship has allowed me to forgo a part-time job this semester and focus entirely on school. This is incredibly helpful, as two of my classes are reporting-heavy and very time-consuming. Being able to focus on telling the stories of this community, as well as work on an investigative story about Missouri’s handling of prescription drug monitoring, will help me do better work and hopefully increase my job prospects.”

In making the announcement, Hall himself wrote, “All of her articles were well done, but we particularly liked the one about the Feline Friends project, studying the possible benefits of placing adoptable cats in homes of children with autism. As she said, ‘This is a relatively new field of research.’ It’s always great to see students writing about topics that have had little or no coverage in the mainstream media.”

Thankful to have the extra time this semester to finish strong, Black hopes to leverage the skills she has acquired at the J-School to make a positive impact after she graduates. “I am especially interested in covering health and environmental issues in my future reporting. I would like to use the investigative skills I’ve learned here at the Missouri School of Journalism to expose injustices and potentially make some sort of difference in these arenas and improve people’s lives.”