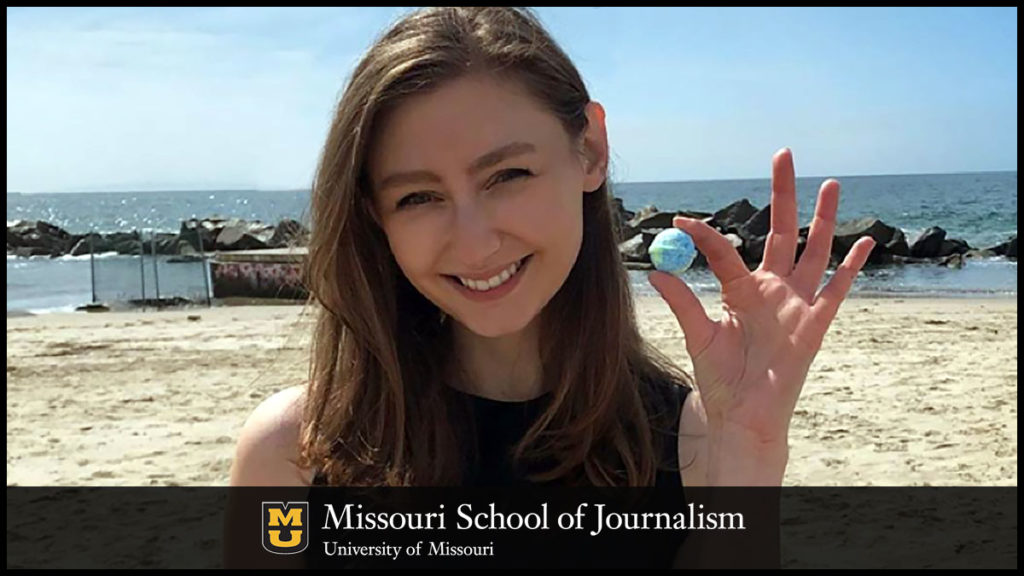 Columbia, Mo. (May 18, 2019) — For Emilie Scott, motivation often comes as a result of frustration. She was tired of standing by and watching as the planet deteriorated. She recycled and supported eco-friendly companies, but felt her individual actions weren’t making enough of an impact. She had to do something big. Scott, BJ ’15, recently started her own business in the Los Angeles area called Planet Pods, which sells eco-friendly cleaning products. According to Scott, these products “can be used to clean just about anything-your countertops, bathtub, toilet and sink.”

Growing up in the suburbs of Detroit, Scott had always had an interest in taking care of the planet, and it came naturally, as her parents ran an environmental business of their own. “I always had great respect for what they did and believed that our planet was worth taking care of, but it wasn’t necessarily something that I wanted to center my career or life on,” she recalls.

In fact, she arrived on MU’s campus in the fall of 2011 with the intention of studying broadcast journalism. “I always knew that I wanted to educate people in some way, and at that time I saw disseminating the news as my preferred way of doing that.”

Still, she was unsure of her path at times and thought about studying marketing, but her parents, footing the bill for out-of-state tuition, encouraged her to stay in MU’s most renowned program.

She eventually decided on strategic communication because it combined her passions of educating, communicating with and selling to people all in one discipline. She developed a keen interest in connecting with people through media. “Media is the last frontier to driving sales for a company. The strategy behind that fascinated me,” she remarked.

After graduation, Scott took a job working with media strategy for OMD in Los Angeles. Although she still had plenty of fire in her belly for her work, there was something missing – a sense of making an impact not just on an industry, but on the world.

What made her take the leap of faith to start her own business centered on protecting the planet was a combination of things. She had always respected her parents’ work in “green” fields, but what made her take her passion to the next level was thinking about future generations potentially growing up on an unhealthy planet.

“It made me sad thinking that kids are growing up in a world that, from a health perspective, is really ugly. I had to do something to make an immediate impact,” she says.

Scott, an avid reader, became more set in her convictions when she dove deeper into research on the topic. According to Scott, some 350 million tons of plastic were produced globally in 2017 alone, which in turn can take up to 400-1,000 years to decompose. What’s more, Scott added that even though individual efforts are needed, they are only a solution to a fraction of the problems our planet is facing.

A big believer in the power of education, Scott feels that using facts is the best way to connect with people who might not initially support the causes she champions.

“A lot of people believe you have to scare others into action, but I don’t buy that at all,” she argues. “Instead, I think you have to present people with facts, and let them make up their minds from there. Saying that the world will end in 12 years scares people, but are they likely to believe that? What’s more effective is showing them actual facts about the damage we are collectively inflicting on our planet.”

In much the same way that Scott believes facts are the key to empowering people to make a difference, she believes the hands-on, fact-driven curriculum at the Missouri School of Journalism equipped her with many of the skills needed to run her own business.

“Some college experiences teach you a lot of information, but don’t teach you how to do business in a digital world, or how to move with the evolution of technology. My time at the J-School did,” she said.