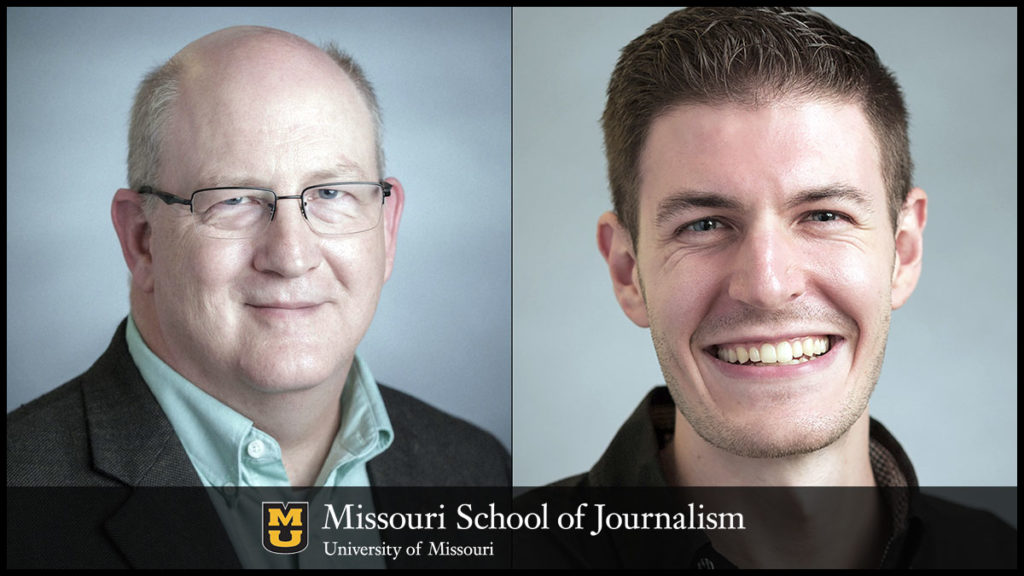 Columbia, Mo. (May 29, 2019) — One of the most devastating images from 2015 shows a three-year-old boy, Alan Kurdi, facedown and unmoving on a beach in Turkey. Alan had drowned during an attempt to escape Syria, and the image sparked outrage and concern worldwide over the refugee crisis in Europe. It also highlighted the power a single image can have.

Now, Keith Greenwood, an associate professor in the Missouri School of Journalism, has found that a majority of photos depicting the 2015 Syrian refugee crisis portrayed the refugees as victims. Greenwood said this finding has implications for how the public perceives migratory events, including current ones such as the influx of migrants arriving at the U.S.-Mexico border. The study also underscores the responsibility of photojournalists to convey a broader story with their pictures.

“Typically, powerful or shocking photos of migrants get the greatest reaction,” Greenwood said. “However, those potentially dark moments don’t always capture the full scope of the event. Photojournalists and news organizations have a big opportunity to tell a greater story.”

Greenwood and T.J. Thomson, a Missouri School of Journalism alumnus, analyzed more than 800 photos from the 2015 Syrian refugee crisis that were submitted by photojournalists for the 2016 Picture of the Year International competition. They found that more than 600 of the photos depicted the migrants as victims dependent on foreign aid, including refuges being detained or waiting in a migrant camp. Only 186 of the photos showed the refugees with some amount of agency, such as refugees looking for food or bathing themselves. Out of the entire collection, only a single photo showed refugees in an educational setting.

Photographs are used by the public to make sense of news stories. If an individual only sees images of migrants clashing with police at a border, for example, they might be more inclined to think the situation more militarized than if they had seen photos of migrants peacefully waiting in line to go through a border checkpoint. However, Greenwood adds that individuals viewing images tend to accept or reject them based on their own personal belief system.

“Research shows that people view photos through their own frame of reference and judge them accordingly,” Greenwood said. “For example, a person who believes migrants are a threat might find that a photo of a migrant throwing tear gas at a border officer enforces their opinion, but they might reject an image of a migrant shown in a more peaceful light as a one-time thing.”

While photojournalists are often limited by their assignment, Greenwood recommends that news organizations take note of how their visual storytelling is framing a migration event and work to present the bigger picture through daily photographs made in the field.

“There needs to be a greater discussion on telling the broader story – a migrant’s story doesn’t end once they cross the sea or make it through the border,” Greenwood said. “If news organizations leave out what happens to migrants once they’ve settled in to a new place and are working to make a new life, they might be missing out on a huge opportunity.”

“Framing the migration: A study of news photographs showing people fleeing war and persecution,” was published in the International Communication Gazette. The coauthor, T.J. Thomson, is an alumnus of the Missouri School of Journalism and currently a lecturer in digital journalism at Queensland University of Technology in Australia.