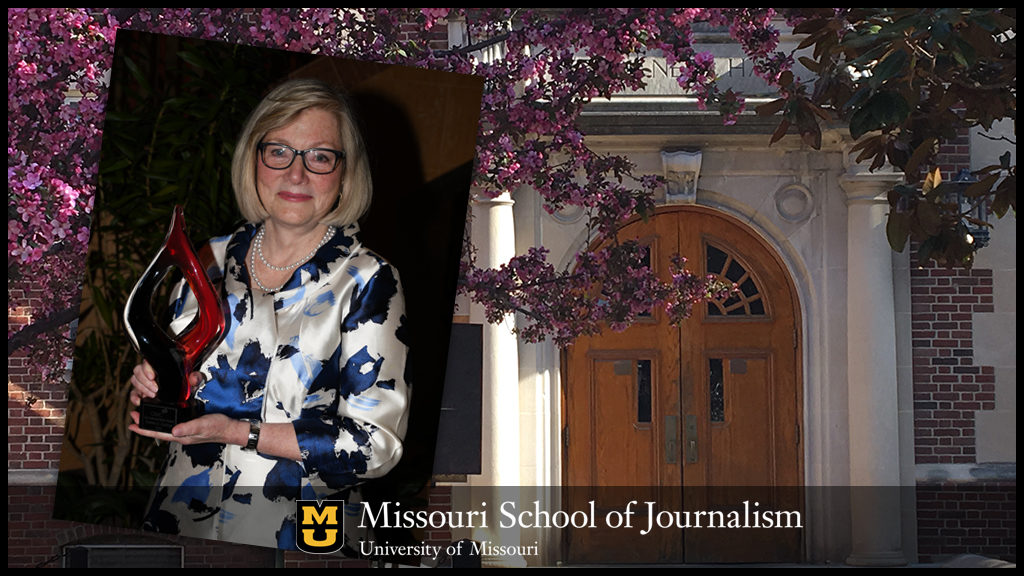 The national award honors a communication professional for achieving the highest level of professional excellence.

Columbia, Mo. (Oct. 11, 2019) — Retired Missouri School of Journalism Professor Barbara Cochran recently received the International Matrix Award from the Association for Women in Communications. The award is the highest honor from AWC.

“It’s a great honor to receive AWC’s award for lifetime achievement,” said Cochran. “This is especially meaningful because it comes from an organization that has recognized excellence and promoted leadership among women in all fields of communications for more than a century.”

The International Matrix Award honors a communication professional for achieving the highest level of professional excellence.  The AWC Board of Directors established this award in 1998 with Jane Pauley as the first recipient.

The AWC said Cochran’s roots are “deeply embedded in the journalism community,” and that she honed her communication skills “in ways that create a difference in this world.” They added that, as a journalist and author, Cochran is “Well-known for inspiring individuals in ways that helped them think more deeply, learn and grow.”

“Barbara is that rare journalist who has been an international leader in both commercial and public broadcast and newspapers,” said David Kurpius, Dean of the School of Journalism. “Her passion for connecting people, to mentor the next generation of journalists and inspire those students, especially our young women, and her commitment to the pursuit of excellence in journalism makes her an ideal candidate for the 2019 International Matrix Award.”

Cochran retired in September 2019 as the Curtis B. Hurley Chair in Public Affairs Journalism at the Missouri School of Journalism and director of the school’s Washington program. She served on the faculty of the Missouri School of Journalism for nine years, from 2010 to 2019. In that position, she mentored students and engaged with professional journalists by producing the annual Hurley Symposium at the National Press Club.

She has held executive positions in newspapers, radio, television and the non-profit sector. She was managing editor of the Washington Star; vice president for news at NPR, where she directed the creation of NPR’s Morning Edition; executive producer of NBC’s Meet the Press; and vice president and Washington bureau chief of CBS News–the first woman to head a network bureau in Washington. Cochran served for 12 years as president of the Radio Television Digital News Association before joining the Missouri faculty.

This year she became president of the Fallen Journalists Memorial Foundation, a non-profit dedicated to building a memorial in Washington, DC, to honor journalists who have lost their lives in the line of duty.

AWC is a professional organization that champions the advancement of women across all communications disciplines by recognizing excellence, promoting leadership and positioning its members at the forefront of the evolving communications era. With more than 1,100 members, AWC strives to elevate the role of women in communications through empowering opportunities of learning and through making connections across a nationwide network of women leaders.