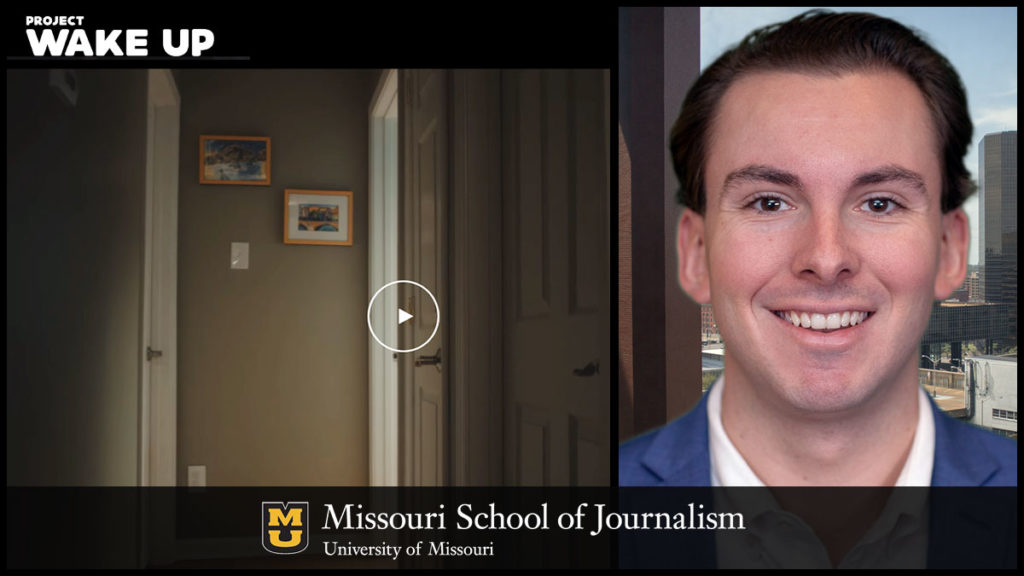 Missouri Journalism alumnus Danny Kerth, BJ ’15, banded together with friends to create Project Wake Up with the goal of eradicating the stigmas surrounding discussing mental health.

Columbia, Mo. (Jan. 2, 2020) — Missouri School of Journalism alum Danny Kerth’s life has been shaped by those he lost to suicide. First, it was his father in fourth grade. Then, during his undergraduate years at University of Missouri, he lost two of his friends. At that point, Kerth, BJ ’15, and his collective friend group had had enough; they had to do something.

It was shortly after the loss of one of those friends, Ryan Candice, that a group of about 30+ MU students, led by Alex Lindley and Kerth, banded together in Project Wake Up. Formed with the goal of eradicating the stigmas surrounding discussing mental health, the group launched a GoFundMe with the dream of raising enough money to create a documentary focused on “waking up” everyday people to the realities of depression. Within 24 hours of launching, they raised $10,000 overnight. That’s when they knew they had a cause people would rally around.

“In some ways, we were surprised to raise so much money so quickly, because a lot of our contributions came from college students who were on tight budgets themselves,” said Kerth, who has worked as an account executive at FleishmanHillard since graduation along with his duties as Project Wake Up vice president. “On the other hand, I think the power of social media, but more importantly the power of grief, really motivated people to contribute to our cause. A lot of people have lost someone close to them to suicide, and there’s a lot of power in that shared grief.”

Over the next few months, the group was able to raise an additional $20,000. This allowed them to hire St. Louis native and award-winning filmmaker Nate Townsend to direct their documentary. After Townsend wrote, edited and launched a 15-minute teaser, Arianna Huffington of the Huffington Post shared an article on the group, giving their efforts national publicity.

Still, the project was not without its challenges. The group continued to have a team of dedicated core members, but many were spread around the country after graduation. There was also some debate on what exactly the documentary should look like as a finished product. Although there was initial discussion about focusing specifically on Candice’s story, the board eventually decided to tell multiple stories for a broader appeal. “One of our goals was to show that depression doesn’t just affect college students, but affects people from all walks of life,” Kerth said. “It does not discriminate based on gender, race, social class or anything else. We wanted our film to reflect that reality. If we want to really make progress towards ending the stigma, we cannot just cater to one demographic in our efforts.”

The film has been completed, and was shown at two private screenings in St. Louis this summer. In fall 2019, the film was entered into consideration to be shown at Sundance, the largest independent film festival in the United States. Kerth’s dream for the documentary is to find a home among the likes of Netflix, Amazon and Hulu to get the film and its message in front of as wide of an audience as possible.