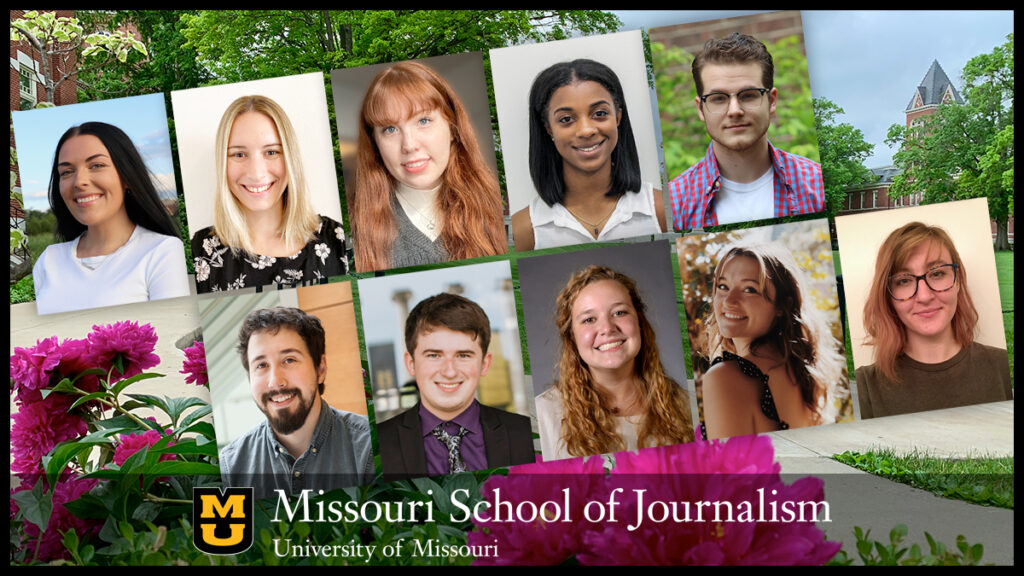 COLUMBIA, Mo. (June 10, 2021) — A team of Missouri School of Journalism students and recent graduates will spend the summer reporting on climate change and its impact on the state’s infrastructure, economy, agriculture, environment and business ecosystem.

The announcement marks the second year of Missouri Information Corps, a public service project launched by the Missouri School of Journalism last year in response to the COVID pandemic. The project puts advanced students and recent graduates of the journalism school to work covering important topics and shares their work with news outlets across the state.

Missouri Information Corps is co-sponsored by the Missouri Press Association and supported by the Missouri Business Alert and the Gannett Foundation, as well as Professors Kathy Kiely and Damon Kiesow, both endowed Knight Chairs on the Missouri School of Journalism faculty.

Mick Easley earned her master’s degree in journalism in May with a focus on international journalism and U.S. news coverage of Russia. She was an assistant city editor at the Columbia Missourian, digital editor at Vox Magazine and recently completed an internship in Washington D.C. reporting on foreign lobbying.

Courtney Perrett is a master’s student focusing on magazine editing at the Missouri School of Journalism. Originally from Durban, South Africa, Courtney brings a global perspective to her reporting on science, health and environmental topics. In the U.S. she has worked for the magazines Southeast Ohio, Vox and Ohio Today.

Anna Kutz this fall will start her senior at Mizzou, studying multimedia journalism. She’s eager to use innovative storytelling methods such as audio, video and graphic design to report on environmental and agricultural topics.

Fairriona Magee is a second-year graduate student at the University of Missouri Journalism School who specializes in health and environmental journalism. She graduated from North Carolina A&T with a degree in mass media production.

Xander Negozio earned his bachelor’s degree in journalism in May. He is an investigative journalist with a focus on social justice and a passion for wildlife photography. He’s covered higher education, crime, public health, arts and culture.

Mark Ossolinski is a graduate student studying public policy reporting at the University of Missouri School of Journalism. A member of the Columbia Missourian‘s state government beat, he is interested in covering how policymaking decisions impact the lives of Missourians.

Paul Schloesser graduated from the University of Missouri in May 2021 with Bachelor’s degrees in News Reporting and Political Science.

Kit Wiberg graduated from the Missouri School of Journalism in May with a bachelor’s degree in Journalism – Photojournalism. She worked as a staff photographer and photo editor at the Columbia Missourian and wants to focus her photographic work on documenting conservation/environmental issues.

Colleen Wouters earned her bachelor’s degree in science, health and environmental journalism in May. She minored in environmental science. As a reporter and editor for the Columbia Missourian and Vox, and as a member of the inaugural class of Missouri Information Corps fellows in 2020, she has focused on scientific and environmental topics.

Grace Zokovitch is an MU senior pursuing degrees in journalism — focused on investigative print and digital reporting — and economics. Most recently, she has worked at the Columbia Missourian reporting on the state government, public life and public health and safety beats.