Columbia, Mo. (March 15, 2005) — “Not enough words can ever be said of a person like Ron,” said John Merrill, professor emeritus of journalism. “He was one of the most remarkable young faculty members that I’ve ever met.” Journalism faculty, staff and students recently honored Ron Naeger by dedicating the Gannett Hall broadcast laboratory in … Continued

Personal Travel Journals and Experiences Allison Mang Strategic Communications Guadalajara, Mexico Why did you decide to go? Studying abroad has always been a goal for me since I began college. I knew that these few years were my window of opportunity to stay in a foreign country for a long period of time. I also … Continued 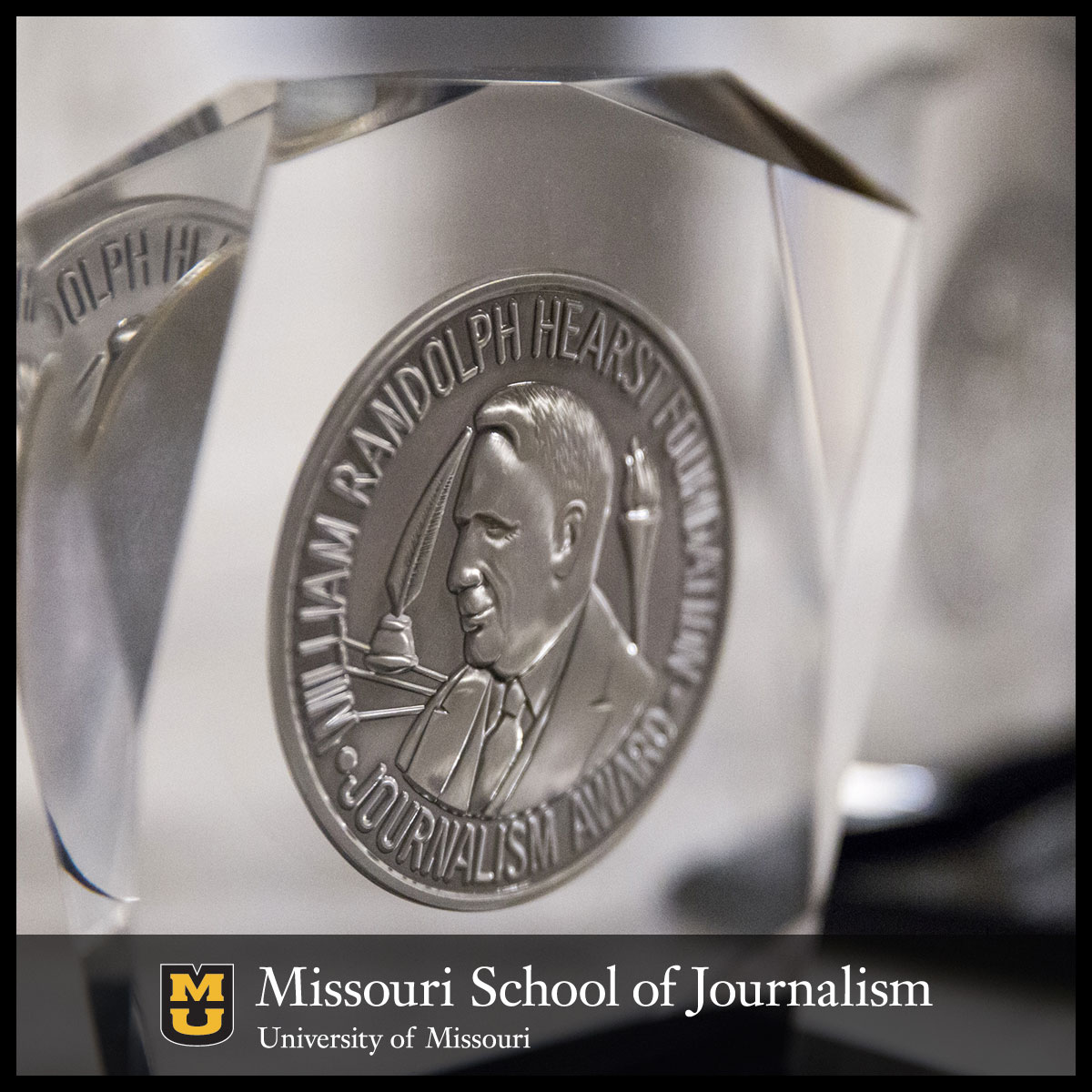 Columbia, Mo. (March 10, 2005) — Brandon Hoops and Sean McDonnell are among the top 20 winners in the college Sports Writing category of the Hearst Foundation’s Journalism Awards Program. Hoops received sixth place and a $500 scholarship for his story, “Kicking Cares Away.” The article in the Columbia Missourian profiled an adult kickball league in … Continued

Columbia, Mo. (March 8, 2005) — Magazine Club students from the Missouri School of Journalism got a feel for winter in New York and life at a major magazine when 29 members visited Manhattan for their annual trip. The group visited 16 national, premier magazines. At each visit, they received a tour of the offices … Continued

New York (March 1, 2005) –– Marina Walker Guevara, a graduate student at the Missouri School of Journalism, was recently awarded a $2,000 Overseas Press Club Foundation Scholarship at the Foundation’s annual Scholarship Luncheon held at the Yale Club in New York City. Walker Guevara was among 12 selected by a panel of leading journalists … Continued

Columbia, Mo. (March 1, 2005) — More than 20 students from the Missouri School of Journalism traveled to New York City to meet and learn from the representatives of some of the nation’s top strategic communications agencies and other entities. Jamie Pabst, a junior advertising major, said, “The investment was definitely worth it. The introduction … Continued

MU News Bureau Columbia, Mo. (Feb. 28, 2005) — During his tenure as U.S. Attorney General, John Ashcroft’s actions, especially those after Sept. 11, 2001, were criticized for infringing on the civil liberties of U.S. citizens, terror suspects and prisoners of war. However, Ashcroft was not the first attorney general to face a national security … Continued

Columbia, Mo. (Feb. 25, 2005) — An upcoming seminar will examine the off-the-record briefings, anonymous sourcing and official leaking that plague Washington — and the atmosphere of heightened government secrecy underlying them. Who benefits from anonymity? Why? Whom does it harm, and how? Confronting the Seduction of Secrecy: Toward Improved Access to Government on the … Continued