Columbia, Mo. (Sept. 3, 2008) — With journalism at a historic juncture marked by dynamic change, the world’s first school of journalism is bringing more than 100 of the world’s top journalists – many of them alumni – to the University of Missouri campus to lead a series of interactive discussions about the future of the industry.

The Futures Forum, to be held Thursday, Sept. 11, at the Missouri School of Journalism and the new Donald W. Reynolds Journalism Institute, is a chance for professionals, citizens and students to play an active role in the decisions that will guide journalism in the 21st century. Web-first publishing, new models of journalism, investigative reporting, accountability, religion and politics, ethics and advertising are just a few of the topics on slate for the forum. 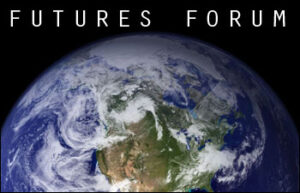 The Missouri School of Journalism and the Reynolds Journalism Institute are sponsoring the forum as part of the Sept. 10-12 centennial/dedication celebration. The School, the world’s first founded in 1908, has been a pioneer in journalism education, offering the first bachelor’s, master’s and doctoral degrees in the field as well as developing groundbreaking curricula in the fields of print, broadcast and convergence media.

Leading the way into the next century is the Reynolds Journalism Institute, a world-class center for research and demonstration of new technologies and processes for journalism. Founded with an initial $31 million gift in 2004 from the Las Vegas-based Donald W. Reynolds Foundation, RJI will be dedicated at 4 p.m. on Sept. 12.

Among the many highlights of the more than 35 Futures Forum sessions are two discussions about journalism’s highest awards and their roles in the journalism industry. “The Pulitzer Prize and the Quality of American Journalism” will be moderated by Seymour Topping, BJ ’43, who served as administrator from 1992-2002. Bob Priddy, BJ ’63, news director of The Missourinet, will moderate a similar conversation with Peabody and duPont winners called “Rewarding the Enduring Values of Radio-Television Journalism.”

Another thought-provoking session will explore the intersection of religion and politics, a heated debate in the 2008 presidential election. “Politics and Religion – God in the White House” features Major Garrett, BJ ’84, who covers the Barack Obama campaign for FOX News Channel; Sally Quinn, who founded and moderates “On Faith” for The Washington Post; and Dan Gilgor, the political editor for Beliefnet.com, the largest spiritual Web site.

Discussion leaders include award-winning journalists and communicators from national media organizations such as:

About the Missouri School of Journalism and Reynolds Journalism Institute:
Since publishing the student-staffed University Missourian on Sept. 14, 1908, the Missouri School of Journalism has been the international leader in hands-on journalism education, also known as the “Missouri Method.” The first to offer bachelor’s, master’s and doctoral degrees in the field, the School is also the distinguished home of several national journalism organizations, mid-career professional programs and a thriving research agenda. Its advanced curriculum takes advantage of new technologies and practices, a tradition of innovation that will be intensified with the opening of the Reynolds Journalism Institute (RJI). This 50,000 square-foot facility, created with an initial $31 million gift from the Las Vegas-based Donald W. Reynolds Foundation, will house state-of-the-art resources to test and demonstrate new technologies, experiment with convergence news production and delivery systems, and conduct real-time and virtual seminars and conferences.