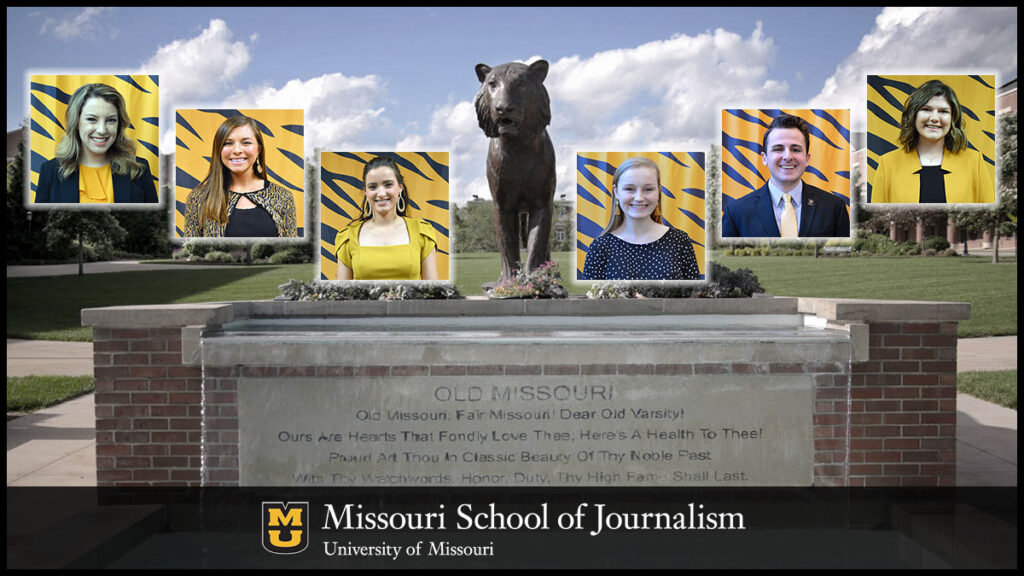 Columbia, Mo. (March 4, 2020) — Six Missouri School of Journalism seniors are among the 39 selected for Mizzou ’39. The annual award, given by the Mizzou Alumni Association Student Board, recognizes 39 outstanding seniors across all majors for their leadership, service and academic achievement throughout their time at the University of Missouri. The new members were announced during an evening ceremony March 3 at Traditions Plaza on the MU campus.

The Mizzou Alumni Association Student Board also presented the Mizzou 18 Award, which honors 18 University of Missouri graduate and professional students in the last year of their degree eligibility.  Chosen for their world-class research, collaboration with faculty and staff, and their demonstrated leadership with undergraduate students, the honorees represent a variety of majors, activities and organizations from across campus. Recent alumna and current College of Education graduate student Huong Truong, BJ ’18, was selected for this honor.

The awards are given in spirit of the service cornerstone on which MU was founded in 1839. Both Mizzou ’39 and Mizzou 18 recipients name a MU faculty or staff mentor to recognize at the awards ceremony. The students and their mentors will be recognized at a banquet this spring.