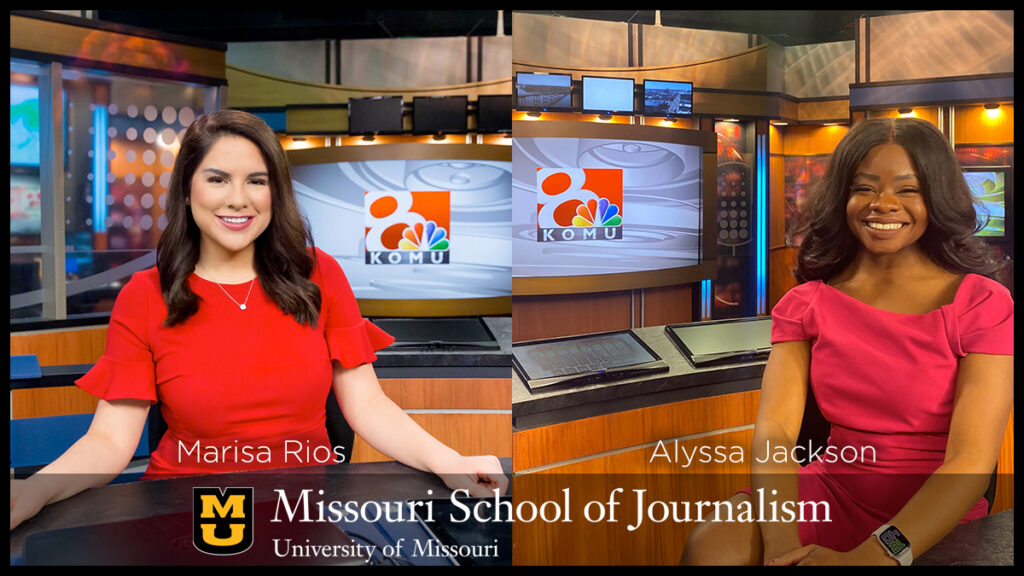 Jackson wins $1,000 scholarship and advances to semi-final round

Both students’ entries were selected from 77 entries submitted from 48 schools from across the country.

Jackson received the award for her package of entries, which were “Started with a stop” and the story’s follow-up “Biased policing training,” that she worked on for KOMU-TV. KOMU-TV is an NBC-affiliate that is also a working laboratory for broadcast journalism students at the School of Journalism.

Jackson’s stories were about a traffic stop conducted by the Columbia Police Department that went viral after the passenger posted it on social media. She said after the department concluded its internal review, they released a pre-recorded briefing that didn’t allow the news outlet to question the stop or the officers involved. Jackson submitted records requests for the training, all of the body camera and dash camera footage, the internal affairs interview with the officer and all documents/memos related to the stop. According to Jackson, the department refused to comment in the initial story and follow up.

This presented the biggest challenge and forced her to “interview the documents,” she said. The story is full of documents, footage from the stop and records from the incident.

“Alyssa put in a lot of effort in to illuminate this traffic stop, the internal affairs investigation and CPD’s training during the time near the stop,” said Morimura. “She asked questions to hold our city’s police department accountable, and when the department refused to comment, she showed our audience the information we knew from public record requests and put them into context. I could see her confidence grow as she became the subject matter expert.”

Jackson said she is thankful for Morimura who helped guide her through the storytelling process of this story and was her biggest supporter.

“I owe all of the investigative techniques I’ve learned and even my growth as a storyteller over the past six months to him,” she said.

Rios received her honors for “COVID Learning Slide” and “Disappointing Dashboard,” which were also developed for KOMU.

Rios’ story “COVID Learning Slides” talked about the fact that some students have struggled to keep their grades up during COVID-19, while others have thrived. Columbia Public School District saw a slide with students’ grades decreasing more during the pandemic. Rios compared CPS with national average grades.

Her story “Disappointing Dashboard” compared the University of Missouri’s COVID-19 statistics with other universities, some of whom had better data on their dashboards. There were many questions about how MU was doing day to day and with the seven-day average, she said.

One of the biggest lessons she learned was reminding herself that stories need to show all sides, she said.

“With the MU dashboard story I had to compare to schools doing a lot better with data, but I also needed to show schools just like MU or worse,” she said. “MU wasn’t alone with limited data in the beginning, making it difficult to see how we were actually doing. … With the CPS grades, I had to make sure I was also shining a light on how many students actually had good grades as well. While there is a learning slide nationwide and locally, students are continuing to do well. You can’t hide that information from people or it can create inaccuracies.”

Rios said she’s thankful for several colleagues including Morimura and Emily Spain, KOMU’s main evening anchor who constantly pushed her to be creative, more confident and ask the tough questions.

“Marisa’s stories showed her creativity and ability to think outside the box,” said Morimura. “She completed her stories about the COVID-19 learning slide and MU’s dashboard while there were a lot of safety measures in place. Nonetheless, she was able to tell a compelling story in a visually interesting way. Marisa did not let the difficult nature of gathering the content affect the end result for the viewer.”

Rios recently accepted a job with WBIR in Knoxville, Tennessee, and will work there after she graduates in May.