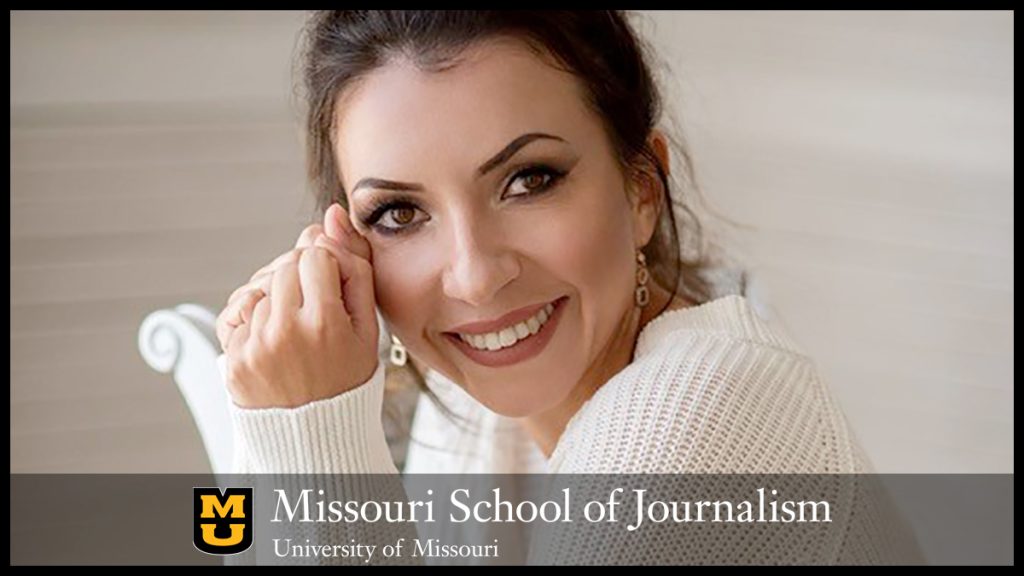 Doctoral student Evgeniia Belobrovkina has been awarded the American Academy of Advertising’s Dunn Award for her research proposal on perceptions of public service announcements (PSAs) against domestic violence by Muslim and non-Muslim women in the United States.

The S. Watson Dunn Memorial Fund is named after the former AAA president. Its purpose is to fund graduate student research projects in the field of global advertising with awards of $500 to $1,000.

Belobrovkina, a third-year Ph.D. student, will use the award money to recruit participants for her research. She plans on performing in-depth interviews to explore how non-Muslim American women and Muslim women who have immigrated to the United States perceive PSAs against domestic violence and whether there are any differences in the perceptions.

“Being an international student from Russia, I’ve always thought about differences in the perceptions of messages by people from different cultures,” said Belobrovkina. “In my personal experience, our background influences even how we discuss domestic violence. This initially led me to the idea to approach domestic violence PSAs from the perspective of the cultural background of the audience.”

Dr. Shelly Rodgers, Belobrovkina’s faculty advisor and mentor, always encourages Belobrovkina to shoot for the stars in her research endeavors. She was also the first person Belobrovkina told about receiving the award.

“Evgeniia’s research on strategic communication and the problem of domestic violence has theoretical and practical importance and unlimited potential,” said Rodgers. “Evgeniia shows passion about the research she’s involved in, identifying research questions that are crucial to our discipline and society and making great efforts toward solving a current dilemma of our time. The fact that Evgeniia earned the AAA Dunn Award shows the acknowledgment of the importance, relevance, and strong methodology as a promising area in advertising that urgently needs to be investigated.”

How communicators design persuasive health messages from the point of cultural appropriateness is a passion point for Belobrovkina. With the help of sources of funding like the Dunn Award, she hopes to be able to perform more research in this area in the future.

“I have quite many research interests,” said Belobrovkina. “Most of them regard health communication, including domestic violence and sexual violence on college campuses, especially addressing social norms concerning those. I am also interested in issues that relate to minorities, such as the LGBTQ+ community. These areas require more research and would potentially have valuable practical implications, which truly excites me.”