Columbia, Mo. (May 6, 2009) — Students from the Missouri School of Journalism recently won 34 awards at the 21th annual College News Design Contest, with the top prize, Daily Designer of the Year, going to master’s student Kristin Kellogg. She won a $1,000 prize from the Society for News Design.

“The students who won represent the best of what’s happening in visual journalism at schools around the country,” said Joy Mayer, assistant professor of print and digital news at the School and coordinator of the design contest.

Mayer noted that she is especially proud of the Missouri journalism students who placed in the Designer of the Year category.

“Rather than relying on just one or two fantastic pages or packages, these students put together a portfolio that shows well-roundedness and versatility,” Mayer said. “Kristin Kellogg, the master’s student who was the top winner, is so talented. She’s done fantastic work for Vox and the Missourian. It’s such a great pleasure for me to see her recognized in this way.” 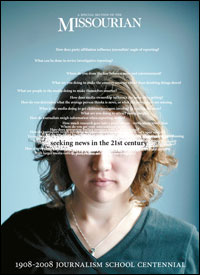 The contest, created by the School, was hosted in the Donald W. Reynolds Journalism Institute. The School’s Student Society for News Design, the first student association affiliated with the Society of News Design, hosts the annual competition with support from the SND Education Foundation.

“I’m so proud of all our students who represented the J-School in the contest,” Mayer said. “It’s such a great experience to be able to host this national contest, and the students who help keep it running get the benefit of watching and learning as the judges critique and select the winning work.”

Each year, a panel of professional newspaper, magazine and online designers judge submissions from individual student journalists and publications around the country. This year’s judges included:

This year students blogged about the judging process live through a WordPress account. JPGs of the winning entries are available on a Flickr account. Photos and audio interviews also are posted online. 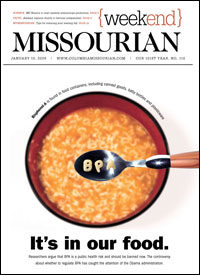 “Technology is allowing us to make the judging process more transparent each year,” Mayer said. “I hope it’s useful to listen to the judges discussing their criteria and advice for college journalists.” 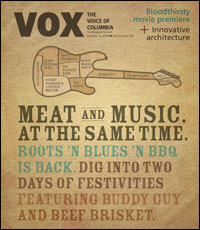 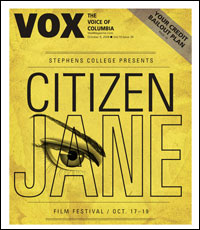