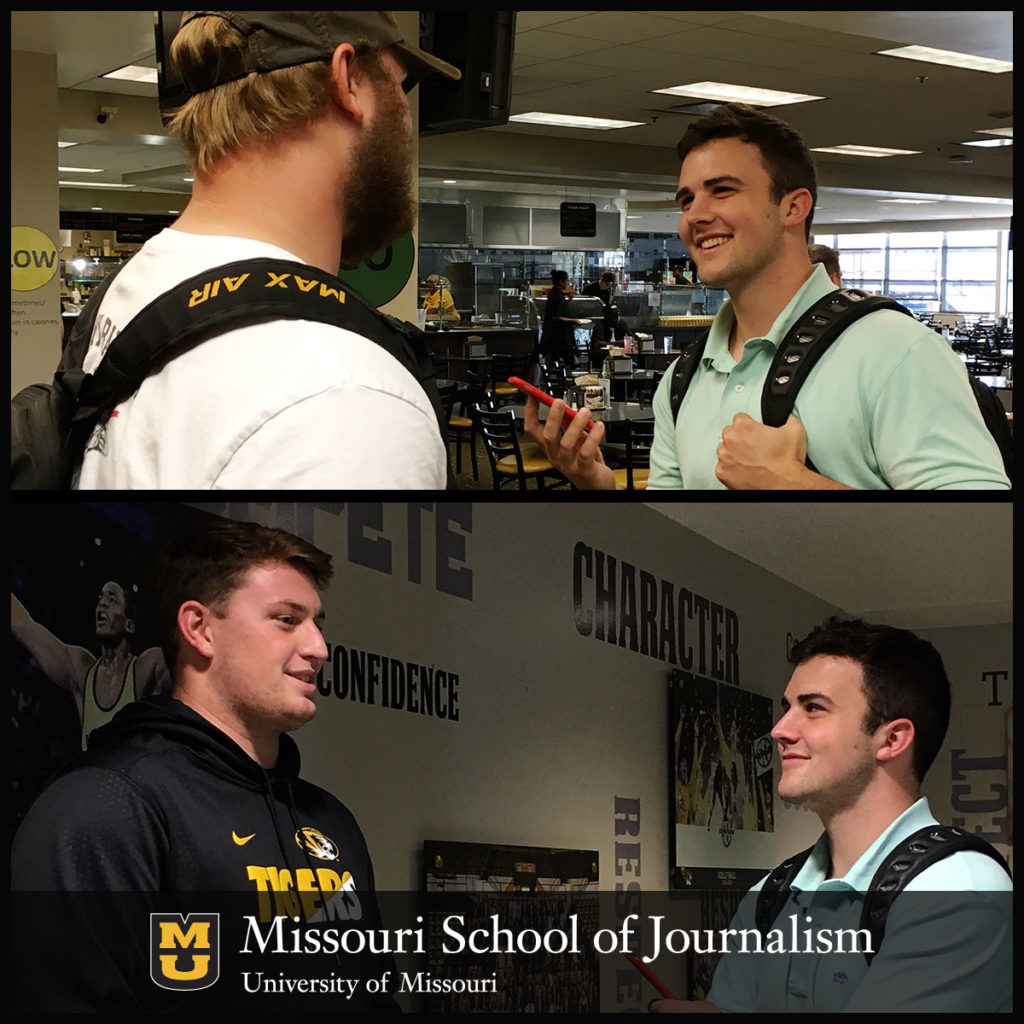 Columbia, Mo. (Dec. 20, 2016) — Senior Brad Almquist interviews Missouri football players Paul Adams and Alec Abeln in October during Media Day. Almquist, a Cincinnati native, is studying sports journalism. For his Advanced News Reporting class this semester, he is part of a two-person team that covers Missouri football for the Columbia Missourian. He writes three articles during the week, two stories on the weekend for each game, attends football media events and travels to the away games.

As part of this two-person team, Almquist is encouraged to go beyond simple-fact reporting about what happened in a game to find the behind-the-scenes stories. He believes this will help him in his long-term career by being able to deviate from a typical news story. Almquist’s story about an MU football player’s family that had been affected by a hurricane is one he considers most meaningful to him. “This was a rare sports story that I felt had true meaning, which is why I really enjoyed it,” Almquist says. Photo story by Emily Peters.