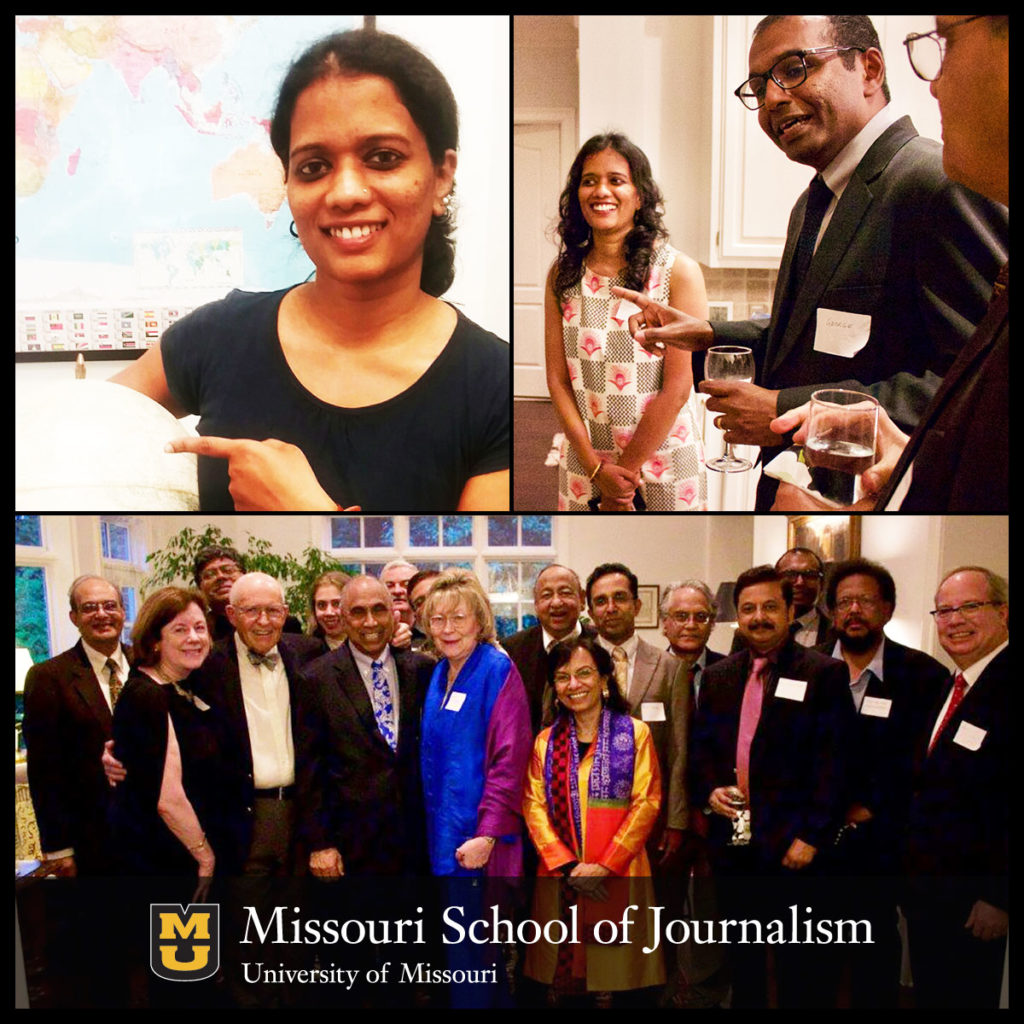 Nine journalists from India, representing The Hindu; Hindustan Times; BBC News; India Asia News Service and others, recently gathered with special guests to celebrate the inaugural Alfred Friendly Press Partners-Frank Islam and Debbie Driesman Fellowship. Alfred Friendly Press Partners joined the Missouri School of Journalism in January 2015, under the leadership of board president Randy Smith, who is also on faculty at the school as the first Donald W. Reynolds Endowed Chair in Business Journalism.

Class of 2017 fellow Smitha Rajan was introduced as a fearless fighter, a foe of the power structure and a friend to the disadvantaged. During the six-month fellowship, which began March 2017, Smitha will work in Washington, D.C., at Politifact and the Washington Post. She is on leave from her post as assistant editor with DNA Divya Bhaskar in Gujarat, India, where she leads a team of 10 journalists. [More]