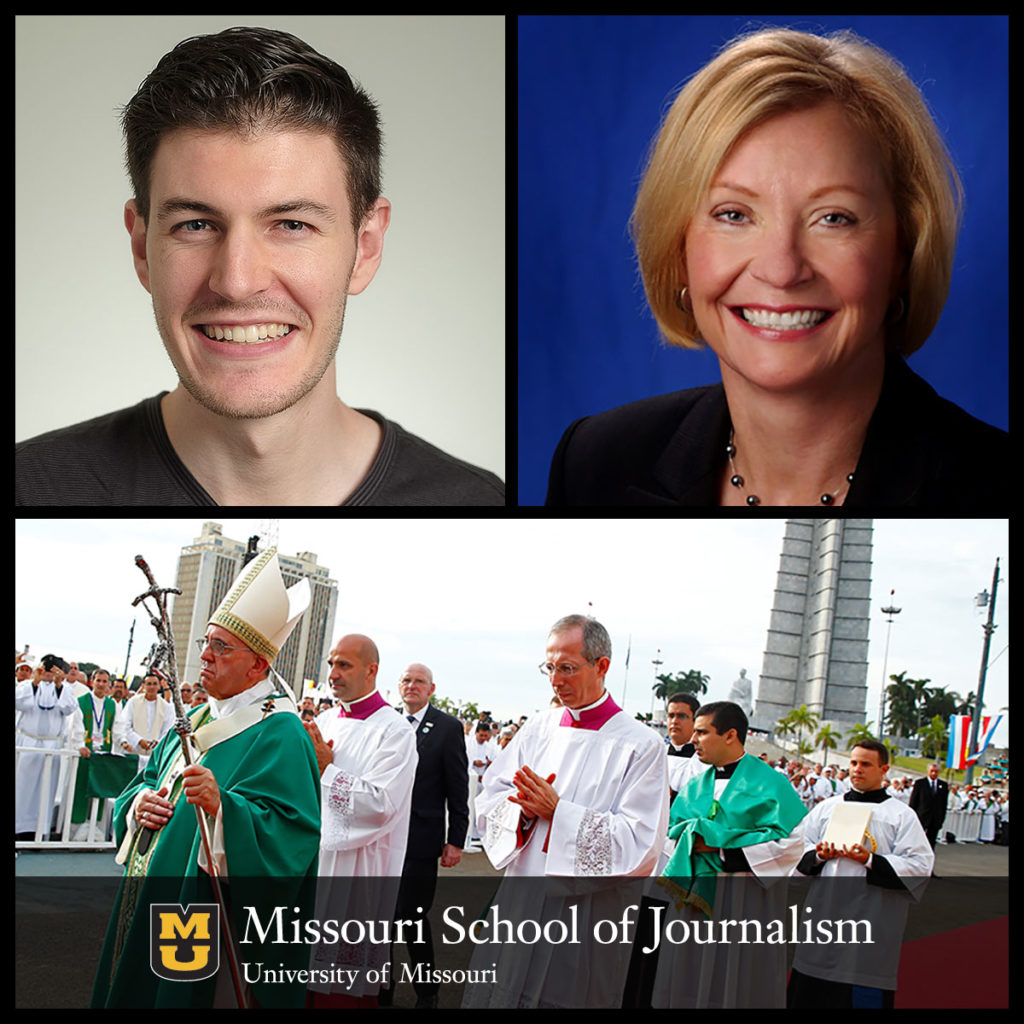 Researchers at the Missouri School of Journalism found that the camera angles in which the photographers shot photos revealed cultural differences.

Columbia, Mo. (May 24, 2017) — For most major events around the world, public access is only available through the media. In a new study, researchers at the Missouri School of Journalism examined the photographic news coverage of a visit Pope Francis made to Cuba to determine how major media outlets from different countries covered the international event. T.J. Thomson, a doctoral candidate at the school, found that the cultural values of the photojournalists’ home countries affected the ways in which the pope’s visit was framed by each media outlet.

Thomson, along with Margaret Duffy, a professor of strategic communication at the Missouri School of Journalism, and Gregory Perreault, PhD ’15, an assistant professor at Appalachian State University, examined more than 400 photographs taken during Pope Francis’s 2015 visit to Cuba. The photographs were made by photographers working for The Associated Press (AP) in the U.S., Reuters in the U.K. and Cuba-based Prensa Latina. The researchers examined the camera angles, as well as the cultural priorities and values that were expressed in each photo.

“Camera angles of the pope visiting with various Cuban dignitaries can be seen as direct evidence of the social and cultural values inherent in each photographer’s background,” Thomson said. “Placing the pope higher than Cuban dignitaries through the angle of the camera shows cultural values that place religious figures above politicians. The Cuban media’s tendency to show the pope on an equal angle with state leaders may illustrate a culture of higher deference toward government officials.”

When examining the news priorities and values of each media outlet, researchers found that Cuban-based Prensa Latina focused almost exclusively on covering the pope’s meetings with dignitaries. U.K.-based Reuters, and the AP to a lesser degree, focused more on everyday people and how they were affected by the pope’s visit. For example, Reuters featured several photographs of shop owners hanging posters of the pope as well as onlookers, including protesters, reacting to seeing the pope. The AP and Reuters photographers also featured the pope in religious settings or presiding over religious events, while Prensa Latina showed more images of him engaging in diplomatic activities.

“It is important for media members to realize how their cultural predispositions can have a profound impact on the nature of their reporting on international events,” Thomson said. “This specific example of the pope’s Cuban visit showcases how differently people in different countries receive the news about international events. While none of the photos taken of the pope in Cuban were the ‘wrong’ way to cover the story, the framing and intent behind the photos can change the way news readers understand the news.”

The study, “Politicians, Photographers, and a Pope,” was published in Journalism Studies.