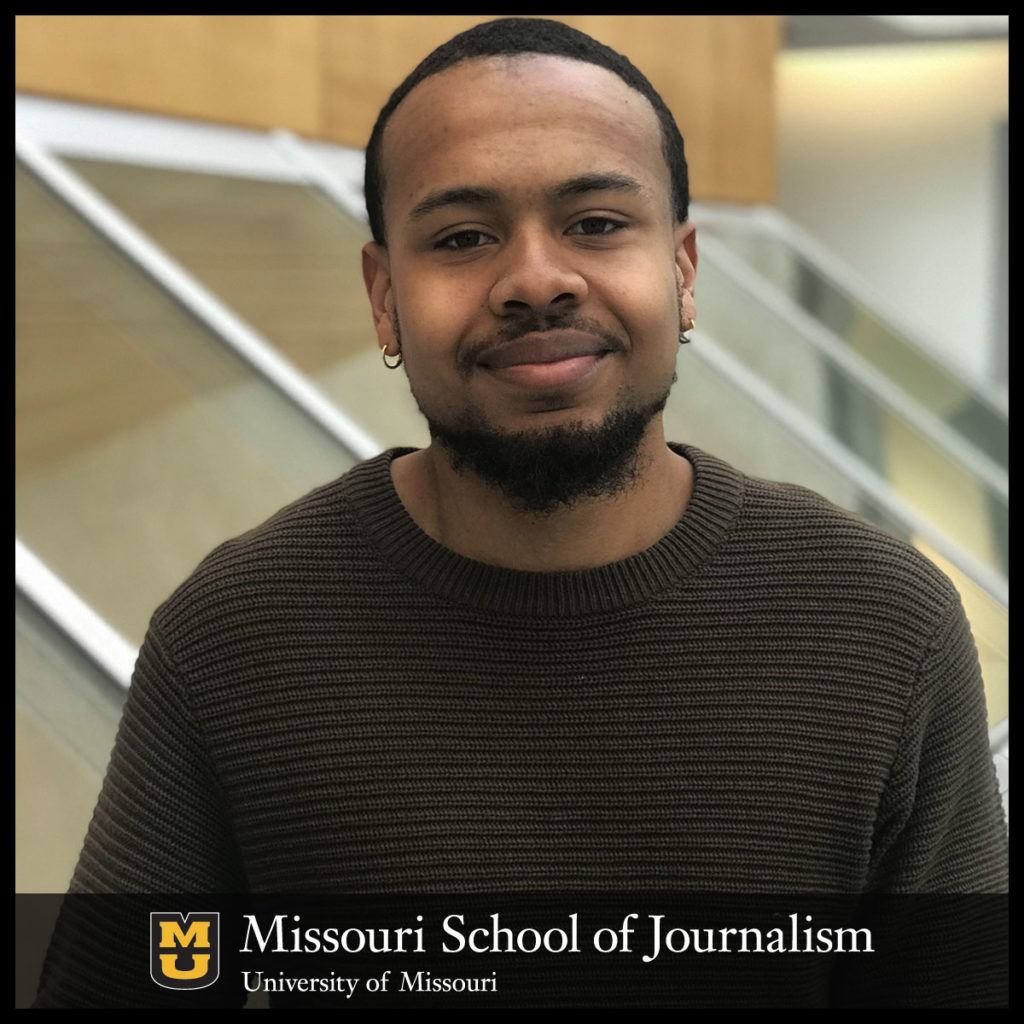 Columbia, Mo. (April 23, 2018) — Tashan Reed, a senior at the University of Missouri, has loved writing and watching sports since he was a little kid. As he began thinking about life after high school, it just made sense to combine his two passions and become a sports reporter, he says.

When it came time to pick a college, the Ferguson, Missouri, native says that Mizzou provided the perfect combination. He liked the Tigers’ basketball and football programs and he knew the Missouri School of Journalism would provide a top-notch education with hands-on, real-world media experience. As a “direct admit” to the School, he was also eligible to be part of the Walter Williams Scholar program. Reed then became part of a Freshman Interest Group, which set him up for success right away as an honors student, he says.

As a FIG student, Reed was assigned a mentor, Greg Bowers, now former sports editor of the Columbia Missourian newspaper, which has a student-staffed newsroom. “Greg had a lot of knowledge and experience under his belt, so I tried to pick his brain as much as I could,” he says.

Reed sat in on sports meetings at the Missourian and quickly learned how a newsroom works, as reporters and editors talked about upcoming stories and critiqued previously-published stories. As an upperclassman, Reed spent two semesters writing for the Missourian, covering the Tigers. He also freelanced for the St. Louis American. Reed now works as a sports reporter for Rock M Nation, an online site that reports on the Tigers. He traveled with the Mizzou football team to cover the Texas Bowl in December 2017.

After he graduates in May, Reed will head to the Commercial Appeal in Memphis, Tennessee, as part of the national Sports Journalism Institute (SJI). There, he will work as a sports reporting intern. SJI students spend a week receiving training at the Missouri School of Journalism before they head to their individual news sites across the country.

What advice does Reed have for new or prospective students? “Begin writing on Day One,” he says. “Just jump in and don’t be afraid. That is something I wish I had done earlier. I didn’t write for the Maneater, but now wish I had. Just get into that your freshman year. They don’t expect you to be an excellent writer. That’s the whole point of coming here, to learn how to become an excellent writer.” The Maneater is an independent student news source that covers the University of Missouri.

Reed also encourages students to network and meet people who could provide future internship and job opportunities. This is how he met Leon Carter of ESPN, who co-founded the Sports Journalism Institute. “I made a relationship with Leon and just kept in touch,” Reed says.