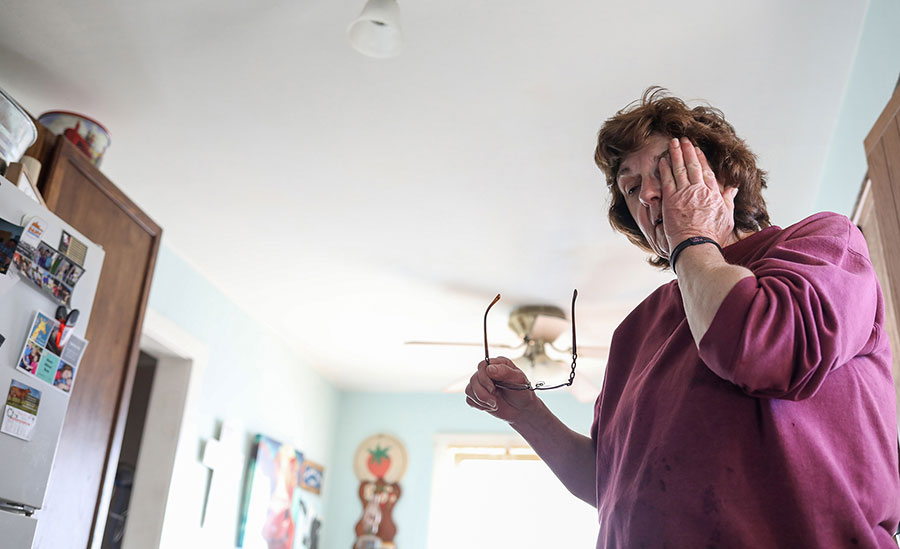 Columbia, Mo. (Feb 8, 2019) — Marilyn Calvin’s jeep rumbles down a dirt road, weaving between pastures full of dairy cows, her headlights the only source of light, minus the stars. She’s headed to a going-away party for a good friend and a long-time fellow Dairy Farmers of America board member.

The party is almost an hour away outside Monet, Missouri, and technically Marilyn isn’t invited either, but she doesn’t care. Supporting her friend and saying goodbye means more to her than the opinions of his buddies.

At the party, Charles’s friends give a short slideshow presentation about their memories together and at the end, and perhaps to the men’s surprise, Marilyn stands up to speak. She talks about Charles’s character, all the years they worked together in the DFA, all they’d accomplished, and finally, how much she’d miss him.

This isn’t the first time that Marilyn has stood up despite public opinion. When her husband suddenly died of an aneurism just over eight years ago, her neighbors wasted time in bidding on her land. Everyone expected her to give up the farm and buy a town home, she said, but she wasn’t ready to give up the dairy farm and the land that her and husband had sacrificed for since the 1960s.

It hasn’t been easy though – Marilyn hasn’t seen a good year for her business in four years now, and Missouri’s dairy industry is quickly shrinking. According to reporting by the Columbia Missourian, from 2000 to 2014, the number of commercial diaries in Missouri fell by 45.5 percent, and the number of milk cows in the state has been declining since the early 1990s. A nation-wide oversupply of milk from large-scale dairies has led to cheaper milk prices, adding an extra burden to smaller dairy farms, such as Marilyn Calvin’s.

However, Marilyn pushes onward, milking the cows at sunrise and sunset. She continues to stand up for dairy farmers, her livelihood and especially women in agriculture by holding positions of leadership in organizations that she’s been involved with for years such as the Dairy Farmers of America, Mid-West Dairy Association and the Lawrence County Farm Service Agency, where she is one of the few – if not the only – woman holding a leadership role and representing her community year after year.

Emily Nevils is a senior in photojournalism. This story was completed in the fall of 2018 for the JOURN 4980: The Picture Story and Photographic Essay course taught by Associate Professor Jackie Bell.