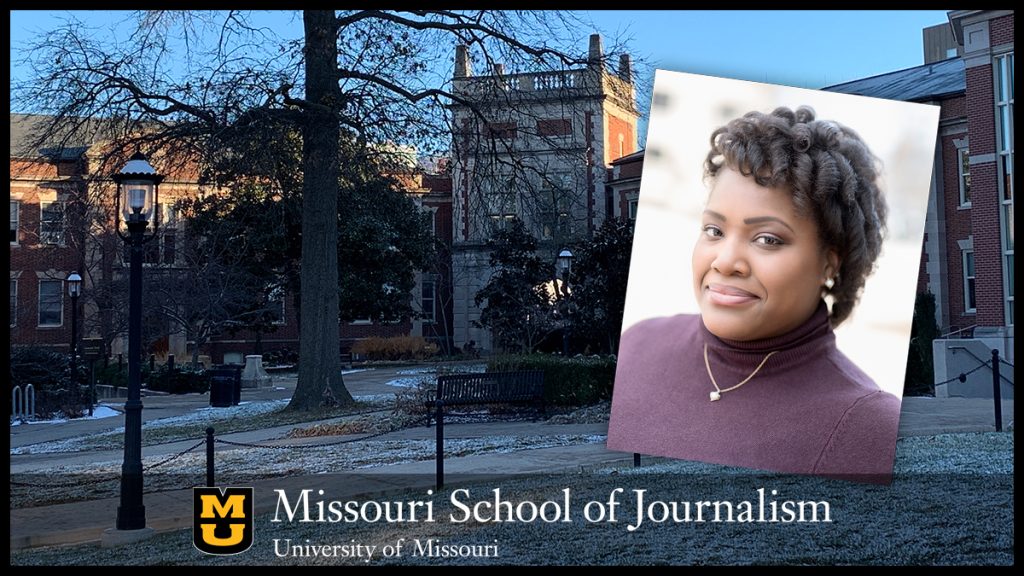 Columbia, Mo. (Jan. 27, 2022) — In December 2020, when the FDA began issuing emergency approvals for COVID-19 vaccines, many breathed a sigh of relief. But in communities across America, distrust of vaccines, conspiracy theories, and politics complicated this milestone, prompting Monique Luisi to get to the bottom of what was driving negativity around the vaccines.

As an assistant professor of strategic communication at the Missouri School of Journalism, Luisi wanted to know what journalists could do to make scientific information about the virus more trustworthy for skeptical audiences — audiences that could be endangering their communities by ignoring public health guidelines.

“Doubt about the severity of the pandemic, reluctance to comply with public health recommendations, and skepticism of the vaccines have all elongated the pandemic and resulted in hundreds of thousands of unnecessary infections and deaths,” Luisi said. “It’s important to understand where those ideas come from to ensure that the news industry has a beneficial effect rather than worsening the issue.”

In collaboration with associate professor Ben Warner in the College of Arts and Science, Luisi analyzed the results of a nationwide survey of more than 3,000 adults about their attitudes relating to COVID-19 vaccines, politics, and their level of trust of public health recommendations. The survey was conducted by research firm SmithGeiger for the Donald W. Reynolds Journalism Institute at the School of Journalism and the National Association of Broadcasters.

Her findings were striking. While demographic factors — such as age and race — and partisanship explained some variance in views about vaccination and public health recommendations, anti-elitism accounted for more than a third of this variance. Though partisanship has been seen as an important factor in the divide between the vaccinated and unvaccinated, this finding indicates the story is more nuanced, especially given that the media — one of the primary purveyors of public health information — is itself considered “elite” by many who hold anti-elitist values.

However, the results demonstrated that the effect works both ways; an increase in trust from “elitist” information sources corresponded with an increase in favorable attitudes toward public health recommendations and vaccination.

“One of the core problems with scientific solutions for COVID-19 is that those who develop them and communicate about them are distrusted by a significant percentage of the population,” Luisi said. “Now we know that much of that distrust can be explained by anti-elitism, which is prevalent enough to undermine our ability to achieve herd immunity.”

Who’s elite? Not you, if you keep it local

You might be wondering… who exactly is an elite? You’re not alone; the term has a history of nebulous meaning. In 2011, the distinctly left-wing “Occupy Wall Street” movement was staged in protest of economic “elites” in the top 1% of the U.S. income bracket; only a few years later, former president Donald Trump campaigned on an anti-elitist platform that directed the term toward the media and politicians. The continuous recycling of the term goes back decades.

Luisi’s study could provide some clarity. In the context of the survey, Luisi said “anti-elitism” refers to the distrust of information from major public institutions, which includes federal organizations like the Centers for Disease Control and Prevention (CDC) as well as national media organizations that are perceived to exert an outsized influence on politics and public opinion.

“The antidote to the word ‘elitism,’ and its usage, is local news,” said Kristen Hare, editor of Poynter’s Locally project and a former RJI Fellow. “Local news is the opposite of ‘other’ — it’s about you and your community and where you live. My understanding is that this study continues a trend of research confirming that local news has the opportunity to still be powerful when it’s rooted in its community.”

Indeed, research indicates that Americans consider local news a more reliable source of information about COVID-19, even when it comes to a newspaper’s opinion section. But Hare, who also writes Poynter’s Local Edition newsletter tracking the local news industry, is careful to qualify her optimism at a time when trust in public institutions, including the media, is at a low point.

“At the place where we are right now in our country, I’m not sure even local journalists can avoid being called elitist,” Hare said, “because the term conveys a distrust in the process. But I think reflecting and amplifying a diversity of local voices, rejecting ‘two sides’ and understanding there are more like 20, and rooting work in solutions — whether they come from your community or others — are some strategies that have the opportunity to break through the very broad characterization of ‘elitism.’”

“Local news needs to talk about COVID-19, vaccines, and public health recommendations, but they might want to think twice about referring to partisan lightning rods like Dr. Fauci, the CDC, or really national anything,” Luisi said. “When people hear about the burden the virus is creating in their community or learn about what their local health department is doing, they are more receptive. And a more receptive audience could mean more lives saved.”