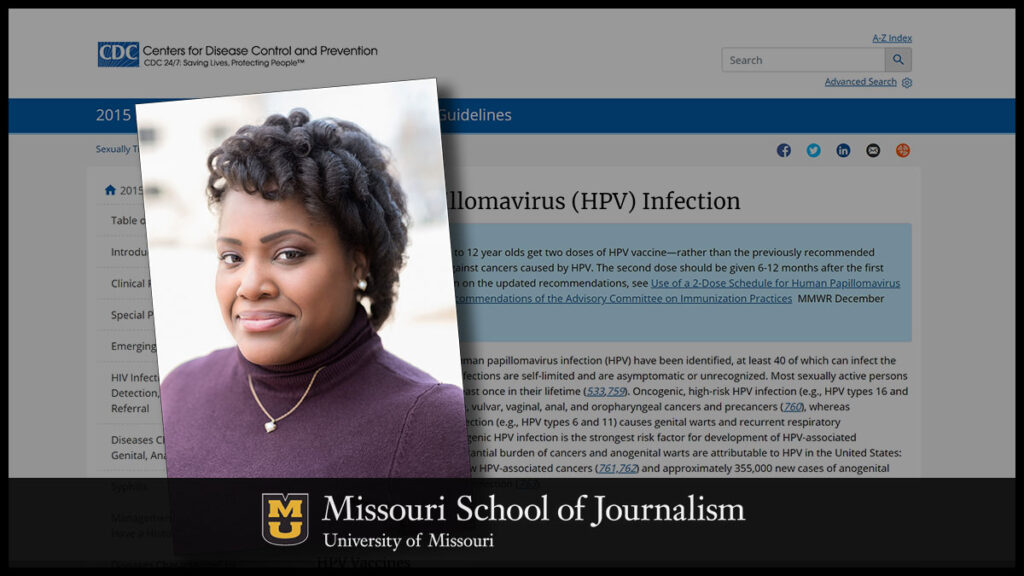 Social media messaging on the subject of the human papillomavirus vaccine may lead parents to incorrectly believe that it might be lethal when administered to their children, according to Assistant Professor Monique Luisi.

Columbia, Mo. (June 10, 2020) — Social media keeps us connected to one another, but it also influences our beliefs. Now, a new study from the University of Missouri finds that social media use can lead parents to incorrectly believe the human papillomavirus (HPV) vaccine could be lethal in their children.

“The influence of social media messaging on parents’ decisions to get their children the HPV vaccine is not well studied,” said Monique Luisi, an assistant professor in the MU School of Journalism and the study’s author.

The Centers for Disease Control and Prevention estimates that approximately 79 million Americans are infected with HPV, and 14 million new cases occur annually. HPV is associated with six types of cancer, including cervical and throat cancer. To prevent people from getting HPV, the CDC recommends vaccinating children as young as 11 years old.

Luisi’s study focused on Kansas parents, as Kansas was reported in 2013 to have the lowest HPV vaccination rates in the U.S. The survey found that most parents had seen information about the HPV vaccine on social media, and seeing information was significantly correlated with the belief that the vaccine would be deadly for their children. Most children of the participants had not been vaccinated for HPV, but participants reported they planned to get the HPV vaccination before their child turned 18.

Luisi said the HPV vaccine is one of the most discussed vaccines on the internet and vaccine hesitancy has been a topic of interest and concern for many years. Vaccine avoidance is associated with greater risks to public health and disease outbreaks. Still, she said there are many reasons why many parents seek to avoid vaccinating themselves and their children.

“Social media can be an influential tool in reaching parents about a variety of subjects,” Luisi said. “If an awareness campaign focused on vaccine safety and effectiveness about HPV can be created, it might help increase vaccination rates overall in the U.S.”

Luisi is continuing her work in a second study focused on the effect of social media messages on HPV vaccination completion rates in Missouri.

The study, “Kansan guardian perceptions of HPV and the HPV vaccine and the role of social media,” was published in the Kansas Journal of Medicine.