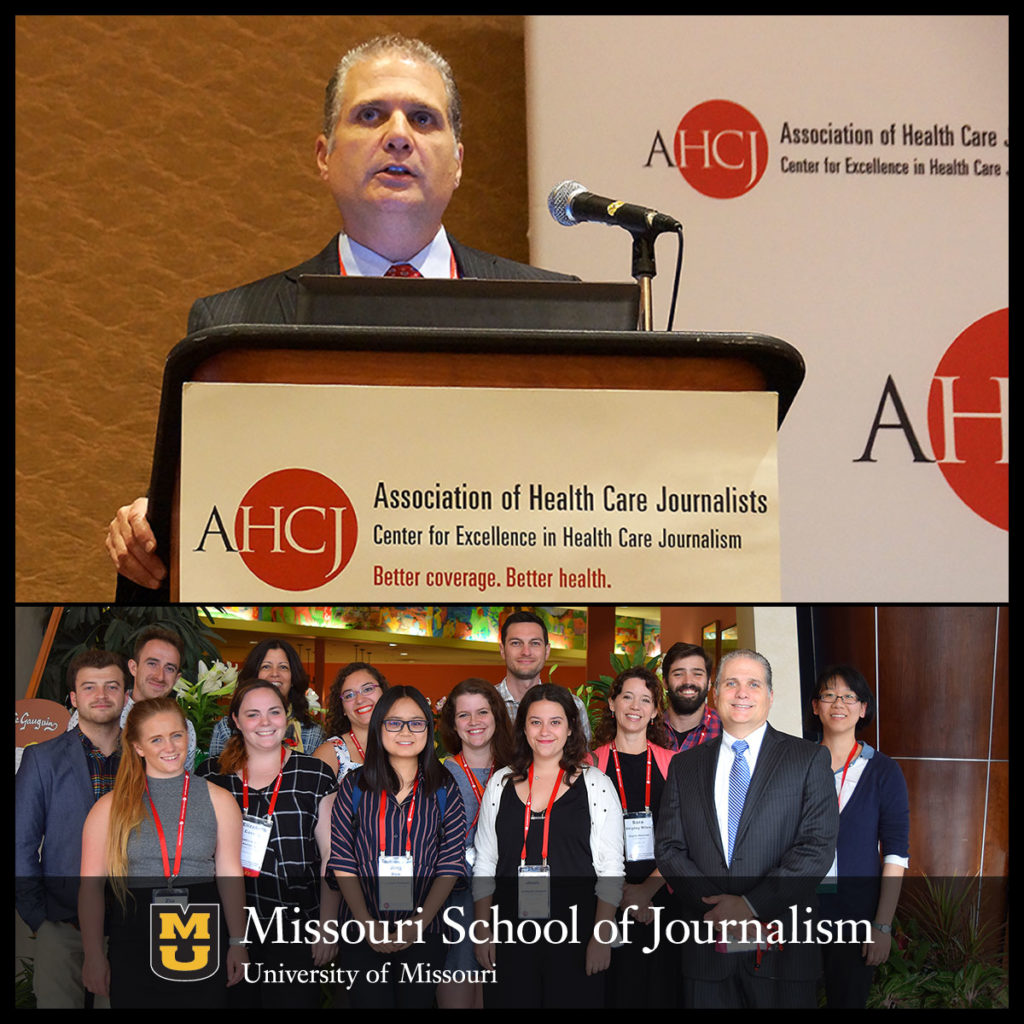 Orlando, Fla. (May 5, 2017) — Among the nearly 700 attendees at Health Journalism 2017 held recently in Orlando, Florida, were 10 Missouri School of Journalism students, four faculty members and three on-campus news professionals. Twelve were on fellowships to the annual conference of the Association of Health Care Journalists.

Along with their classes, the student also work for the School’s professional, community-based news outlets: KOMU-TV, KBIA-FM and the Columbia Missourian. The students blogged and tweeted about conference sessions they covered.

Conducting the conference was Associate Professor Len Bruzzese, who serves as executive director of AHCJ. Professor Jacqui Banaszynski, Knight Chair in Editing, was one of the conference speakers.

“We continue to be impressed by the level of interest and ability shown by these Missouri students,” Bruzzese said.

Headquartered at the Missouri School of Journalism, AHCJ is a nonprofit professional organization dedicated to advancing public understanding of health care issues through improved health reporting. This year marks the 12th anniversary on campus for the association and its supporting Center for Excellence in Health Care Journalism. Since AHCJ moved its operations to the Missouri campus from the University of Minnesota in 2005, the organization’s membership has doubled to about 1,500 journalists across the United States and in 20 other countries.

The fellowships were awarded through two different programs administered by AHCJ. One is supported by the Missouri Foundation for Health and is aimed at Missouri-based reporters. The other is supported by the Leona M. and Harry B. Helmsley Charitable Trust and is aimed at college journalism students and instructors. Thirteen universities were represented in AHCJ’s various fellowships this year.