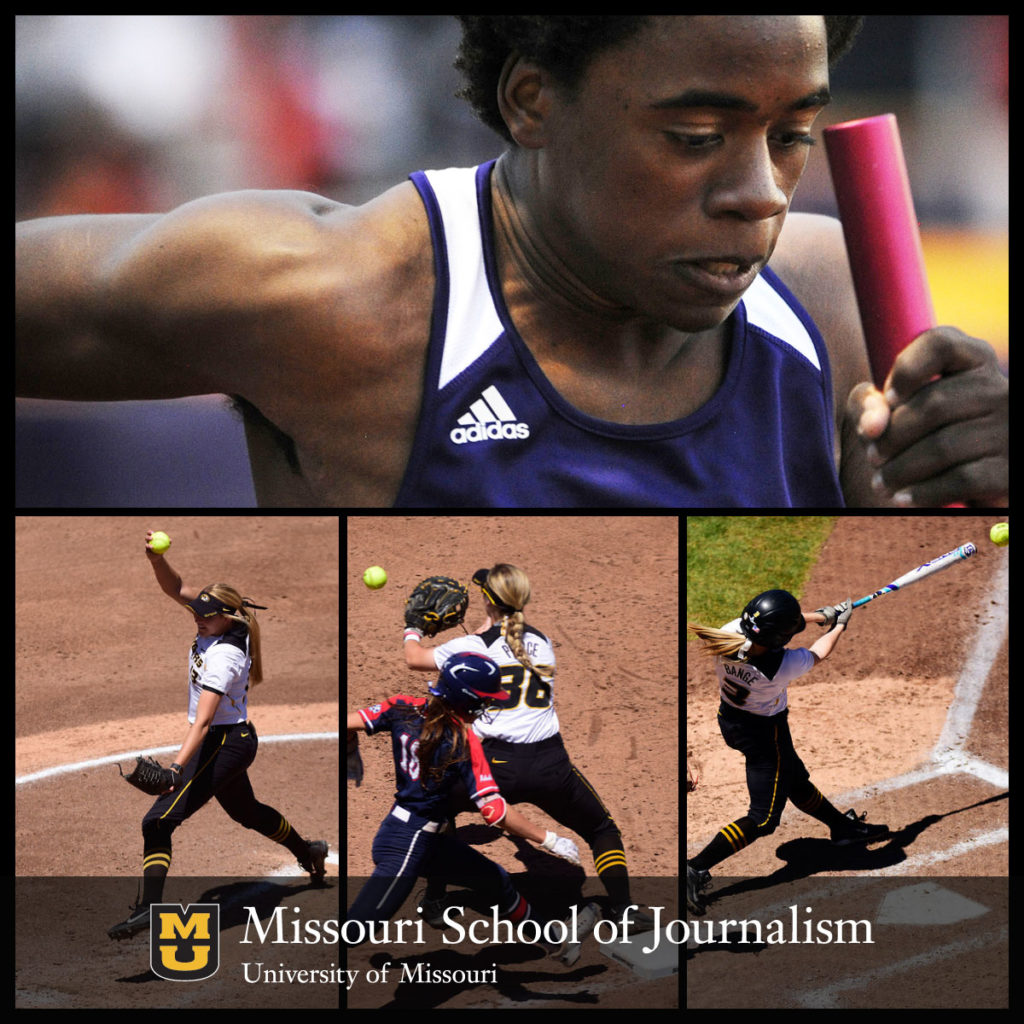 Columbia, Mo. (May 9, 2017) — Check out the behind-the-scenes sports action of Missouri students as they report, photograph, film, edit, share, create and more for the school’s professional news outlets and agencies, national publications as well as campus media. Opportunities are available for all years in school, freshmen through senior. Follow us on Twitter @MUJschoolSports to receive updates.

Junior Writes Story about Mizzou Swimmer’s Triumph over Adversity
Junior Peter Baugh wrote a story about Missouri swimmer Michael Chadwick who grew as a swimmer and a person after a bad experience at Olympic Trials. The story appeared in the Columbia Missourian, the School of Journalism’s community newspaper that serves Boone County. [More]

Junior Anthony Romano put together a package on the Missouri baseball team teaming up with “It’s On Us – Mizzou” to combat sexual assault. The story appeared on KOMU-TV 8, mid-Missouri’s NBC affiliate, on April 17. KOMU is the only university-owned commercial TV station in the U.S. that uses its newsroom as a working lab for journalism students. [More]

Missourian Football Reporters Provide Comprehensive NFL Draft Content
Before, during and after the draft, juniors Peter Baugh, Anne Rogers and Tyler Kraft provided coverage of the NFL draft with a Missouri angle. They wrote feature stories before and provided content during and after. [More]