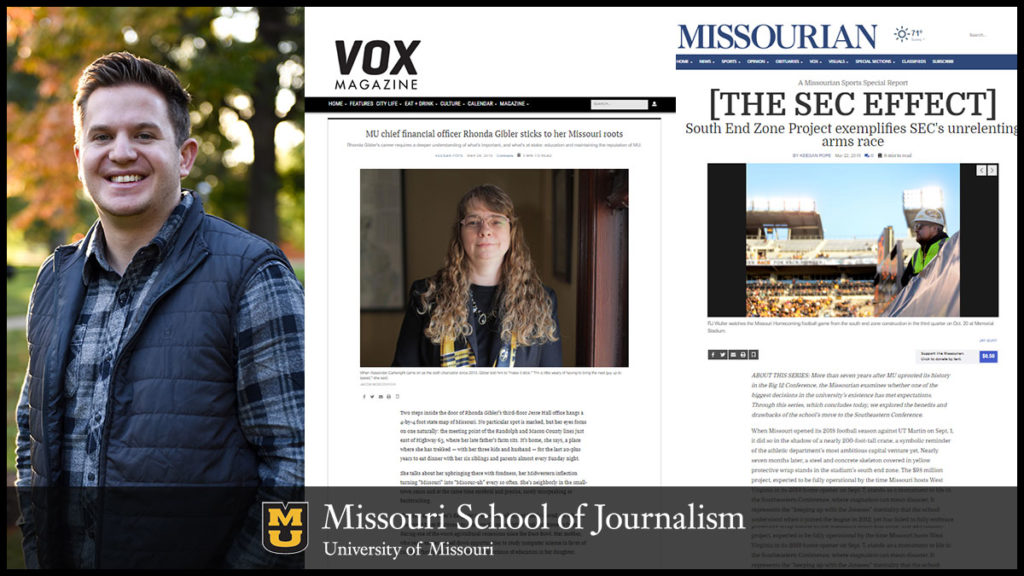 Story submissions taught him how to be concise, connect with cancer patient and keep a data story interesting.

Pope, a Fort Collins, Colorado, native, was the editor-in-chief of Vox Magazine when he won the award. Previously, he also worked as the magazine’s creative director and art director. Pope also worked as a sports enterprise reporter and editor for the Columbia Missourian, one of the Missouri School of Journalism’s newsrooms where students gain hands-on experience while in school.

Pope is currently interning at 5280 Magazine in Denver. He submitted three articles to be considered for the Romero Prize. “In his writing, [Pope] avoids cliches and finds small details that tell the true story,” said one of the judges.

Pope said he is thankful for the guidance and help he received from faculty at Vox and the Missourian as he worked on these stories.

“They were willing to give me a chance to pursue these stories and these ideas that weren’t always flushed out,” he said. “They were just these big things that I thought would make cool stories, and they were willing to give me the rope to chase those down. Once I was able to do that, they helped me focus these stories, edit them, and really just shape them into what they became.”

Pope said he plans to use his prize money for additional writing projects.