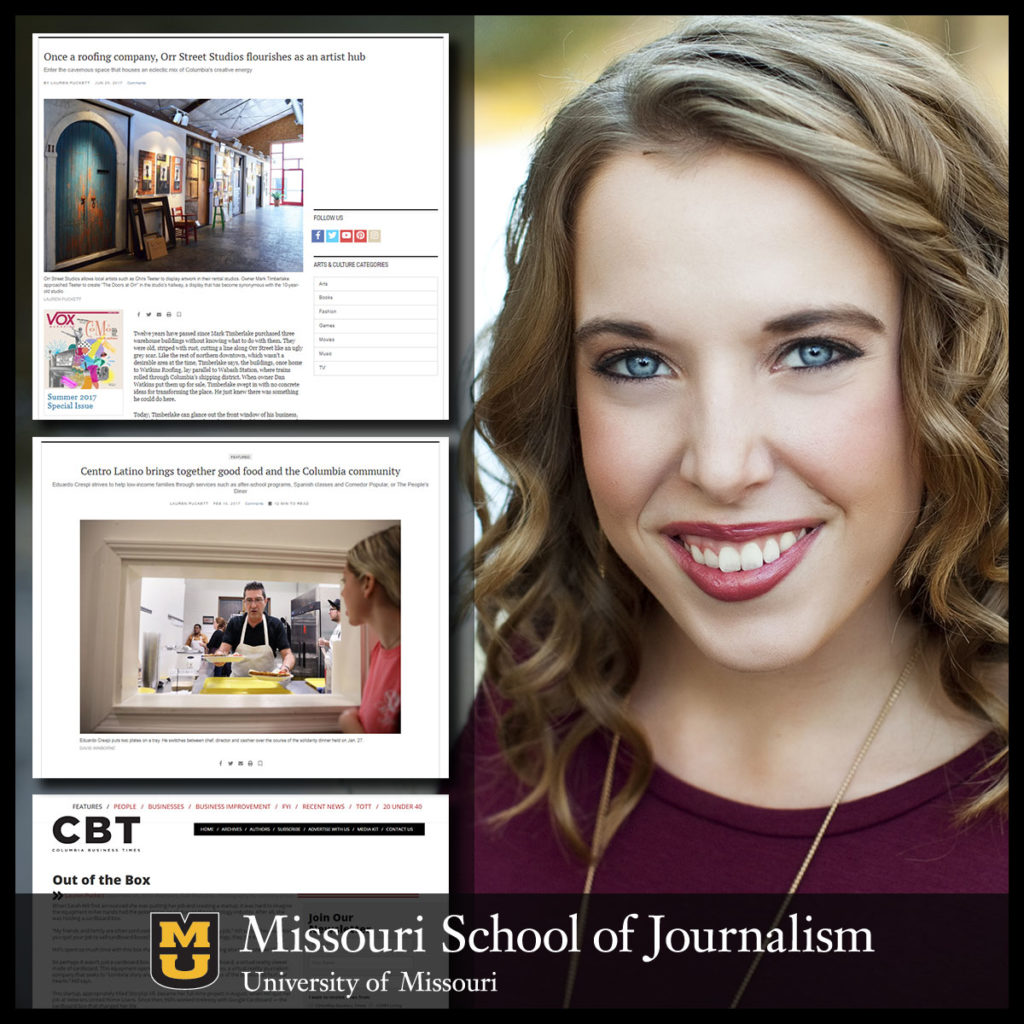 Master’s student Lauren Puckett, asked to write a story about the making of tamales at a local eatery, ended up turning her assignment into a community-engagement piece. Puckett is this year’s winner of the Don Romero Prize for Magazine Writing.

Master’s Student Finds Herself Drawn to Community Engagement, Even When Assigned to Write about Food

Columbia, Mo. (May 18, 2018) — Missouri School of Journalism graduate student Lauren Puckett, BJ ’17, is the winner of the 2018 Don Romero Prize for outstanding magazine writing. She receives a $1,000 cash award.

Puckett was born and raised in Columbia, Mo. She will work as the online editor at Vox Magazine during the fall 2018 semester, and plans to finish up her master’s degree in December. Puckett previously served at Vox as a writer and section editor.

Upon learning of her selection, Puckett said that she was, “absolutely thrilled and humbled to be this year’s winner. I’ve long admired several of the previous Romero Prize winners for their writing and reporting talents, so to be included in that cohort is hard for me to wrap my head around. I want to thank the judges and staff at Mizzou, especially the magazine department, from the bottom of my heart.”

For her application to be considered for the Romero Prize, Puckett included the following three articles:

When asked how she plans to use her cash award, Puckett, perhaps unsurprisingly, is looking to pursue additional reporting opportunities. “I’m hoping to use a portion of the funds in pursuit of a piece. I’m currently working on a story about a man who was one of a handful of minorities at MU during the 1960s, and I also have my sights set on a story about adoption and the foster care system in Missouri. Both stories require a good amount of transportation, and potentially some overnight stays, so the Romero prize money will help with that.”

About the Romero Prize for Magazine Writing