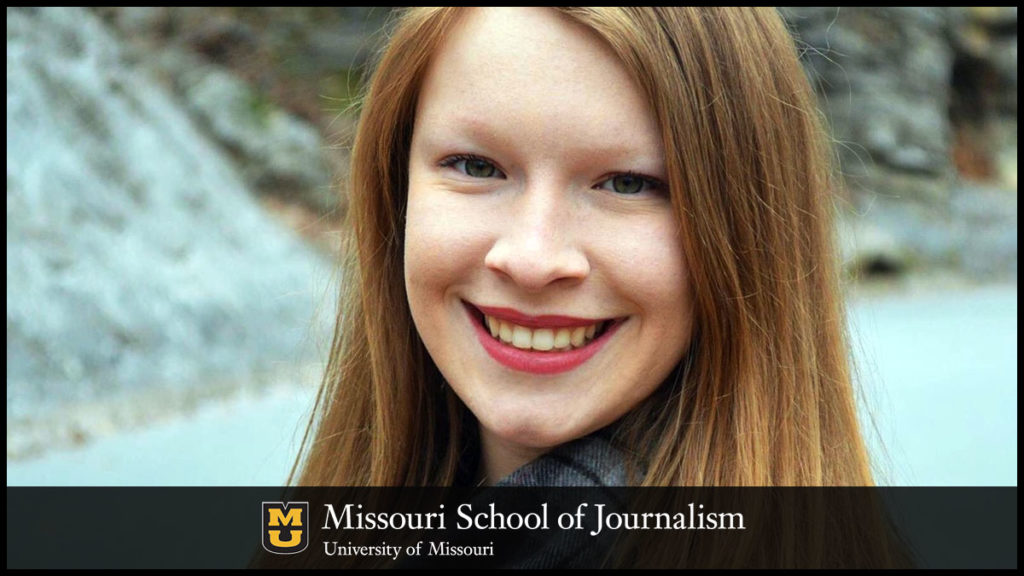 Missouri senior Carly Berthaiume brought a great deal of personal experience to her summer internship with the Tennessee Chapter of the Alzheimer’s Association in Nashville.

Berthiaume was the first-ever communications and marketing intern for the Alzheimer’s Association Tennessee Chapter.

Columbia, Mo. (Nov. 8, 2019) — Alzheimer’s disease was something senior Carly Berthiaume was all too familiar with when she applied to be a summer intern at the Tennessee Chapter of the Alzheimer’s Association in Nashville. Both of her grandfathers had fought with Alzheimer’s disease and she wanted to find a way to give back.

Left primarily on her own to mold the position, her first priority was to organize and revamp the organization’s presence on social media. Next, Berthiaume started to utilize those social media channels to help spread awareness for the chapter and its cause. For example, she used the social media platforms to spread awareness for many events, including several Walks to End Alzheimer’s, the proceeds from which would benefit the Alzheimer’s Association. Berthiaume, along with the communications director, worked to create a communications plan that encouraged 100 teams to register for the walk in 10 days.

“Nonprofits often don’t have the large communications teams that corporations and agencies do, and communications can sometimes seem less essential than other departments,” she said. “This is really frustrating because if no one is getting the word out about the organization and its cause, many people aren’t aware of the great work they do. I know I wasn’t aware of it when my grandfather was battling the disease.”

Her paternal grandfather lived in Canada, several thousand miles away from Berthiaume’s hometown of Boca Raton, Florida, so she wasn’t able to personally see the impact the disease had on him. However, her maternal grandfather was a fixture in Berthiaume’s childhood. He picked her up from school, attended her soccer games and babysat her when both of her parents had to work.

His Alzheimer’s disease progressed as Berthiaume approached adolescence, and took a turn for the worse when his wife died in 2011. For the following three years, he lived with Berthiaume and her parents. Knowing next to nothing about the disease itself or how to care for someone with it, the Berthiaumes felt helpless and frustrated.

Berthiaume did all she could to help her parents care for her grandfather, watching him on most Fridays so her parents could enjoy time to themselves. Still, she and her family did not know how to best care for him, nor did she know that there were resources available to children and teens whose family members had Alzheimer’s. Had she known then what she knows now, those resources could have made a huge difference for her.

“What made the internship so fulfilling for me was knowing that I was helping other people avoid that same terrible experience my family had by helping them find the resources they need earlier,” she said. “I knew the work I was doing would make a difference in some way for people who went through the same kind of things my family went through.”

Berthiaume got a lot out of her experience and it helped her figure out that she wanted to alter her career path from public relations to media planning, which is the position she has in her MOJO Ad capstone this fall.

“Media planning involves a lot of strategy and budgeting. It’s about reaching your audience at the right time in the right place,” she said. “I really like public relations, which is what I spent most of my internship doing, but I feel that media planning is a great match for my skill set.”

Despite the change in career plans, Berthiaume, who is graduating in December 2019, has no regrets about how she spent her last summer as an undergrad. She will always care deeply about the mission of the Alzheimer’s Association and found her time with the organization very beneficial for her professionally.