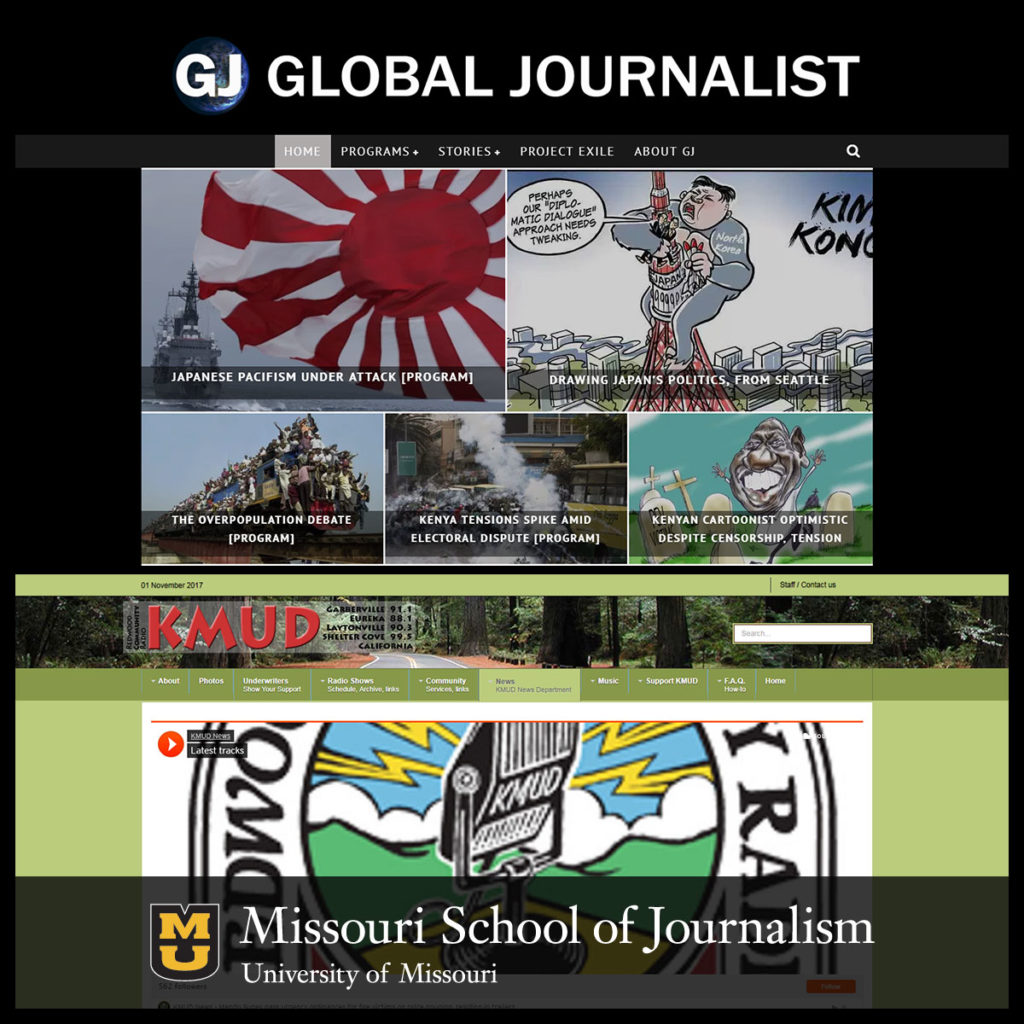 “We look forward to providing news and information on under-covered global topics for KMUD’s listening audience,” said Jason McLure, Global Journalist’s host and managing editor. “We anticipate a strong partnership with a station that has deep roots in northern California.”

KMUD is a nonprofit community radio station affiliated with Pacifica Radio, serving listeners in northwestern California including audiences in Humboldt, Mendocino and Trinity counties. With studios in Redway, Calif., it broadcasts at 88.1 FM in Eureka, Calif., 91.1 FM in Garberville, Calif., 90.3 FM in Laytonville, Calif., 99.5 FM Shelter Cove, Calif., and online at kmud.org.

“Global Journalist” is a 30-minute weekly news talk program featuring interviews with journalists and experts from around the world on international news, challenges to a free press and human rights issues. Recent programs have covered the civil war in Yemen, elections in Kenya and the political crisis in the Democratic Republic of Congo. It also provides additional news and coverage online at globaljournalist.org.

Produced by staff and students in a partnership between the Missouri School of Journalism’s Reynolds Journalism Institute and KBIA Mid-Missouri Public Radio, a televised version of the “Global Journalist” program is also broadcast on YouTube, Facebook and through community television outlets in central Missouri and Kansas City. The audio-version of the program also broadcasts on KBIA in mid-Missouri Thursdays at 6:30 p.m. and on community stations in southern California, Louisiana and South Carolina on Sunday mornings through a partnership with the Global Community Radio Network.