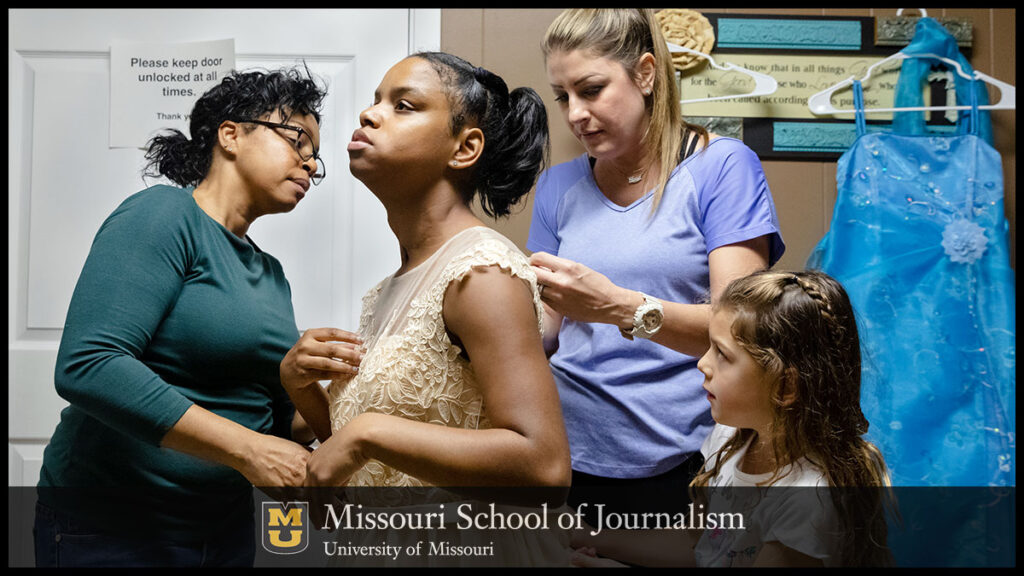 When Yehyun Kim was a graduate student at the Missouri School of Journalism, she’d pop into the deliberations for the College Photographer of the Year competition, which has been held at the School since CPOY’s inception in 1945.

“Sitting in darkness with only the visual works…on the big screen, I would be in awe listening to judges’ analysis and watching the photos,” said Kim, who received her master’s degree in photojournalism in December 2019.

This year’s judging was virtual, so Kim was watching online from Connecticut when she learned she’d been selected the 75th College Photographer of the Year. She’s the first Mizzou student to win the top honor since 2000.

“I know I have a long way to go, but I am deeply humbled to be part of this amazing group of photojournalists recognized at CPOY this year,” said Kim. “This honor encourages me to continue to listen to the stories I deeply care about, and to strive to pursue my vision.”

This year’s international competition was “an amazing showing” for the School’s photojournalism program, said Jackie Bell, director of CPOY and an associate professor in the photojournalism sequence. Four undergraduates and three graduate students won 13 awards in nine categories, which included Spot News, Portrait and The COVID Experience. Kim won gold in Portfolio, which secured her the CPOY title. She also won an award of excellence in the Domestic Picture Story category.

Today, Kim is a member of the 2020-21 class of Report for America, which placed her with the nonprofit CT Mirror in Connecticut. “I consider this job a great opportunity to grow into a photojournalist who creates compelling visual work.”

Her tools of the trade are about to get an upgrade. As College Photographer of the Year, Kim receives new camera gear from Nikon. “Ever since graduating from the school, my visual tools have been limited,” she said. “I’m excited to see differences that the new gear will make.”

Nikon is a long-time sponsor of CPOY.

“Nikon’s generous support allows us to offer free entry to students worldwide,” said Bell. “Without Nikon, we would charge entry and far fewer students would have the opportunity to learn from the competition and compete for some other amazing awards.”

Kim’s new title also comes with a change of address: an internship with the National Geographic Society in Washington, D.C.

“Their magazine always sits next to my bed as a nighttime read,” said Kim, who visited National Geographic’s headquarters in 2018 when CPOY and its sister competition, Pictures of the Year, held awards ceremonies at the National Press Club and the Newseum, respectively. Kim was among several J-School students who made the trip to the nation’s capital.

Whether Kim is telling visual stories in Connecticut, Washington or around the world, she takes the Missouri Method with her.

“The Missouri Method of learning-by-doing has helped me establish the foundation as a journalist,” said Kim, who was a staff photojournalist and reporter for the Columbia Missourian during graduate school. “Accuracy was highlighted through the fact-checking routine required for all reporters. Volunteering to photograph high school football games, I also learned to work under deadline pressure.”

Judging for the 75th CPOY concluded on Nov. 1. Judges reviewed nearly 10,000 images and multimedia projects submitted by 569 student photographers from 129 colleges and universities in 29 countries.

Missouri School of Journalism students were recognized in the following CPOY categories: