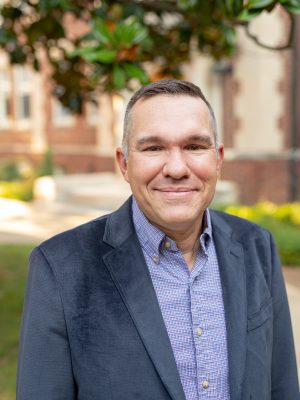 BRAD BEST has more than 20 years of advertising experience in media buying, planning and sales that he brings to his role as associate professor of strategic communication. He served as Future’s Lab advertising editor at the Reynolds Journalism Institute, leading the Adobe Digital Analytics Competition and the News Publisher Digital Analytics Initiative. Best established the Journalytics Summit, which brought thought leaders from the analytics industry and news publishers together to discuss how to increase revenue and engagement with their digital products. During that time he also served as an adjunct professor in strategic communication at the Missouri School of Journalism teaching Digital Advertising, Media Sales and YAYA Connection as well as serving as technology director for MOJO Ad, the student-staffed advertising agency that specializes in the Youth and Young Adult (YAYA) market.

Best began his career at Fox Television Sales selling commercial airtime on behalf of Fox TV stations. He then joined MindShare as a media buyer where his client list included Ford, Sears, Domino’s, Arby’s, Burger King, Unilever and Kimberly-Clark. Best then moved to the direct response media buying side with Carat, leading media campaigns for Jenny Craig, the National Association of Realtors and Papa John’s. Recognizing the advertising channel growth of digital, Best then accepted a role as media director for an online technology and media agency where he oversaw the media department and led the planning, buying and optimization of display, e-mail and search engine marketing campaigns for clients including Sony, Fathead, Evinrude, Rug Doctor and Proctor & Gamble as well as dozens of As Seen on TV products.

Best graduated from Southern Illinois University at Edwardsville with a degree in business administration with an emphasis in marketing.