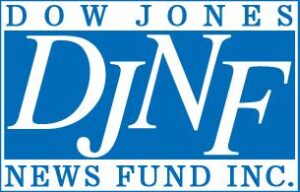 For almost 50 years, top reporters and editors have had the privilege of receiving Dow Jones Newspaper Fund training. The Newspaper Fund, founded in 1958 by editors of The Wall Street Journal, seeks to improve the quality of journalism education. Now one of the most recognized editing programs in the world, the Newspaper Fund regularly accepts Missouri Journalism students along with the best and brightest future journalists in the country. Diego Sorbara, BJ ’06, a 2005 Dow Jones recipient, was selected as the Ed Trayes Scholar, the best intern in the Temple University Center for Editing Excellence. That center serves 12 metropolitan newspapers in the northeast, including The Hartford Courant, where Diego worked. The remaining 90 students in that program were not considered for the award.

This year, the Missouri Journalism recipients were among 105 students selected from an applicant pool of more than 600. Each will receive pre-internship training and a weekly minimum salary of $350 for 10 weeks. Interns who return to college full-time the following fall will receive $1,000 scholarships from the Newspaper Fund. The School’s previous record for students winning this internship was 12 in 2005.

Missouri Journalism students have the advantage of a strong editing program, which is anchored by hands-on training at the School’s real media outlets: the Columbia Missourian, a community daily newspaper; Vox magazine, an arts and culture weekly; Global Journalist, an international magazine; and several online outlets. There, students practice the reporting and editing skills they learn in a rigorous curriculum taught by seasoned professors and journalists.

The School is also home to the Knight Center for Editing Excellence, directed by Pulitzer Prize-winning journalist and Knight Chair Jacqui Banaszynski. The Knight Center stimulates innovation in teaching and research on editing, offering programs for all levels of students and mid-career professionals.

Brian Brooks, associate dean for undergraduate studies and administration, has served as deputy director or director of the Dow Jones Newspaper Fund editing internship program at Missouri for more than 30 years. He said that the success of students in the internship program is a testament to the Missouri Method of journalism education.

“Our students are able to receive this record number of Dow Jones internships because they already have professional experience from our real media outlets,” Brooks said. “We’ve been the school with the most Dow Jones interns for at least six years now, and every year our students continue to raise the bar in applying their skills in professional settings.”

Students and their Newspaper Fund internship locations are:

Jennifer Amur
St. Paul (Minn.) Pioneer Press
Program: News Copy Editing
Amur is a junior newspaper journalism major from Madison, Ala. Her experience includes serving as a copy editor for AXIA Public Relations and Marketing in Jacksonville, Fla., and as copy chief for The Maneater, an independent student newspaper of the University of Missouri-Columbia. Amur plans to graduate in 2008.

Katie Bailey
Tampa (Fla.) Tribune
Program: News Copy Editing
Bailey, a senior newspaper journalism major from Jefferson City, Mo., will graduate in May. Previously she has interned at the Missouri Division of Tourism in the public relations department.

Nate Birt
Detroit (Mich.) Free Press
Program: Online Editing
Birt is a junior journalism and political science double major from Longmont, Colo. He has been an editing intern at Adventure Sports Magazine in Boulder, Colo., and a reporting intern at the Boulder Daily Camera newspaper. Birt plans to graduate in 2008.

Sara Fernandez Cendon
White Plains (N.Y.) Journal News
Program: Online Editing
Cendon is a master’s student from Mexico City, Mexico, studying magazine journalism writing. She is the convergence editor of Adelante (the Columbia Missourian’s bilingual publication) and the managing editor of the Spanish-language side. Cendon plans to graduate in 2007.

Courtney French
Milwaukee (Wis.) Journal Sentinel
Program: News Copy Editing
French is a junior journalism and political science double major and art history minor from Shreveport, La. This semester she is an intern in London, England, at The Associated Press while participating in the School’s study abroad program there. A former copy chief for The Maneater student newspaper, French also has served as a copy editing intern for U-Wire, a national daily college news feed.

Carolyn Garza
Austin (Texas) American-Statesman
Program: News Copy Editing
Garza is a senior newspaper journalism major from San Antonio, Texas, planning to graduate in May 2007. She has previously interned at the Index on Censorship magazine in London, England, and the San Antonio Express-News.

Ryan Gavin
Hartford (Conn.) Courant
Program: Sports Copy Editing
Gavin is a senior newspaper journalism major and political science minor from Kansas City, Mo. He has worked as a sports reporter and copy editor at the Columbia Missourian, and he will graduate in May.

Holly Leach
Columbus (Ga.) Inquirer
Leach is a newspaper journalism major and a political science minor from Oshkosh, Wis. She has worked as a reporter at the Oshkosh Northwestern and at The Big Issue magazine in London, England. Leach will graduate in May.

Allison Morrow
Newsday (Long Island, N.Y.)
Program: News Copy Editing
Morrow is a senior newspaper journalism major and English minor from St. Joseph, Mo. In the spring of 2006, she studied abroad in Hong Kong and was an intern at the South China Morning Post. She will graduate in May.

Cristi Parker
Houston (Texas) Chronicle
Program: News Copy Editing
Parker is a senior newspaper journalism and political science dual major from El Paso, Texas. She has an emphasis in international relations and earned a place on the Journalism Dean’s List in 2005. Parker will graduate in May.

Colin Planalp
Amarillo (Texas) Globe-News
Program: News Copy Editing
Planalp is a senior newspaper journalism major and sociology minor from St. Joseph, Mo. Previously, he interned with the University of Missouri Health Care public relations department in Columbia. He will graduate in May.

Megan Schumacher
Naples (Fla.) Daily News
Program: News Copy Editing
Schumacher is a senior magazine journalism major and Journalism Scholar from St. Louis, Mo. She has interned in the news department at the Orlando (Fla.) Weekly, where her editorial and feature work won two awards in the 2006 Missouri School of Journalism’s Summer Internship Contest. Schumacher will graduate in 2007.

Evita Timmons
Indianapolis (Ind.) Star
Program: News Copy Editing
Timmons is a first-year master’s student from Hanceville, Ala. She has interned at several publications, including The Cullman (Ala.) Times, The Tennessee Tribune in Nashville, Tenn., and Women in Journey magazine in Antioch, Tenn. Timmons’ area of emphasis is editing, and she plans to graduate in 2008.

Julie Wyatt
The New York Times
Program: News Copy Editing
Wyatt is a senior newspaper journalism major and political science minor from Mexico, Mo. Her emphasis is in newspaper editing and design, and she will graduate in May.