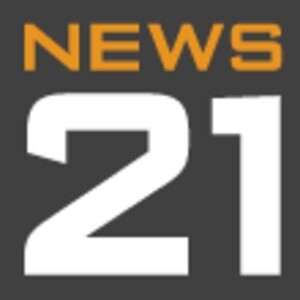 Sponsored by the Carnegie Corporation of New York and the John S. and James L. Knight Foundation, the News21 Fellowship is a part of the Carnegie-Knight initiative on the future of journalism education. Missouri is one of the 12 leading American research universities to participate in this unique program to experiment with new forms of in-depth and investigative reporting.

Stephanie Mathieu, Jason Lenhart and Evan Bush will begin their fellowship during the spring 2010 semester as participants in a distance-learning experiment, researching topics such as the U.S. Census, the environment as well as race and urban identity in America. In the summer the three students will travel around the country to report on these and other critical issues facing the nation, using a variety of media platforms to tell these stories in innovative and creative ways.

“Each of the students from Missouri was chosen because of their potential to have significant impact on the future of journalism. Through their portfolios they have all demonstrated an understanding of multimedia reporting,” said Lynda Kraxberger, chair of the convergence journalism faculty and coordinator of the News21 program for Missouri. “The News21 initiative will create a framework in which they can build on that foundation and take advantage of rich storytelling and new media marketing tools.”

A former print journalist from the state of Washington, Mathieu is a master’s student in convergence journalism. A fundamentals course, taught by Reuben Stern, has taught her how to combine audio, video and photojournalism on the Web. In her application Mathieu said she hopes her News21 experience will help her sharpen her skills and help the news industry transition to the next era of journalism. Stern serves as the print and graphics editor of the Reynolds Journalism Institute’s Futures Lab.

Lenhart, a senior photojournalism major, is a former reporter for the “Health, Safety and the Environment” beat at the Missourian and intern at the Poughkeepsie (N.Y.) Journal. Lenhart’s depth of knowledge and understanding about multimedia tools for storytelling are outstanding, according to photojournalism professors Jackie Bell and Keith Greenwood. Lenhart’s photojournalism courses have included instruction in how to create multimedia slideshows and animation using Adobe Flash.

Bush is a magazine journalism student whose interest in multimedia storytelling was sparked last summer by Missourian faculty during a weekend workshop and by graduate teaching assistant Brian Singler. Under the direction of Managing Editor Jeanne Abbott, Bush helps coach current students in the newsroom. Bush also serves an intern at The Missouri Review, one of the nation’s top literary magazines.

The participating universities take advantage of the riches of their institutions by integrating their resources with those of the entire campus to better teach, challenge and prepare the next generation of news industry leaders for an increasingly complex world. The News21 initiative also experiments with curriculum and hands-on experience with the hope of creating a national conversation with other schools across the country.

Mathieu, Lenhart and Bush will each receive $7,500 to help with living expenses and travel during the summer.