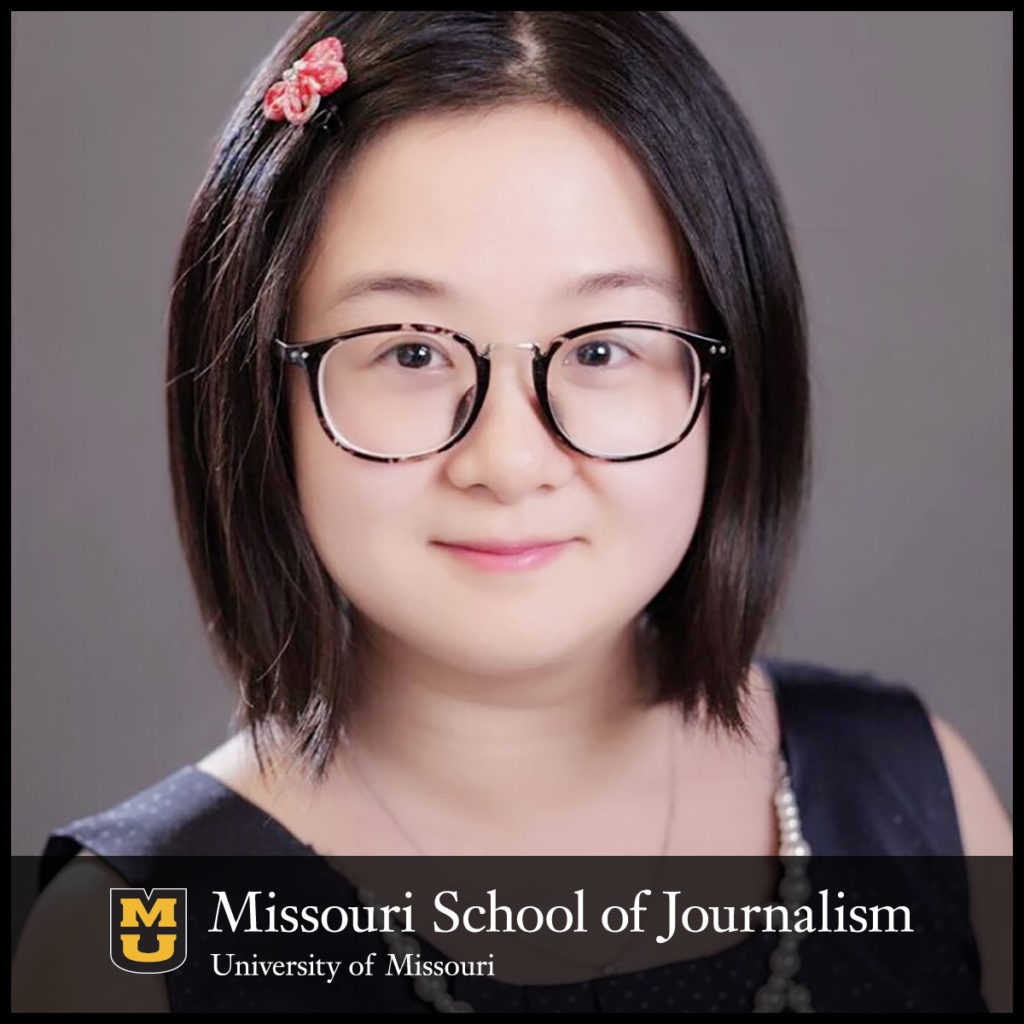 Columbia, Mo. (March 29, 2017) — Yang (Alice) Cheng, a doctoral candidate at the Missouri School of Journalism, is the recipient of the highly-selective 2016 Chinese Government Award for Outstanding Self-Financed Students Abroad. Only 501 students worldwide were selected for the honor, which is awarded by the China Scholarship Council (CSC).

Cheng received an additional recognition, that of being one of 10 selected as “extra-outstanding award” winners. These will receive a $10,000 prize.

The Consulate General of the People’s Republic of China in Chicago will present Cheng with her award at an upcoming ceremony.

The award recognizes the academic excellence of non-government-funded Chinese students studying overseas in 32 countries and is granted across all fields of study. Only those with outstanding performance in their doctoral studies are considered by the award selection panel, and no more than 501 young talents will be granted the award each year all over the world. The Chinese government founded the award in 2003, and it is sponsored by the Chinese Ministry of Education,

Cheng expressed thanks to her adviser, Professor Glen Cameron, her parents, husband and baby Cameron, in addition to the committee who reviewed her application.

“The outstanding academic award is a great honor and important recognition for me, as a young scholar who is focused on social science research,” Cheng said.

Beyond her doctoral studies, Cheng is a MBA candidate in the University of Missouri’s Trulaske College of Business. After graduation, she will join North Carolina State University as a tenure-track assistant professor in public relations. Cheng teaches research methods, strategic communication and global communication in the U.S. and Hong Kong.

Among the awards Cheng has received are the Grunig PRIME Research Fellowship in 2015; the Top Student Paper Award from the International Communication Association in 2014 and 2016; several Best Student Paper ICA awards from in 2013-16; the Peter Debreceny Corporate Award in the OPRRC in 2015; and the Kaiser Graduate Students of Color Award in 2015.