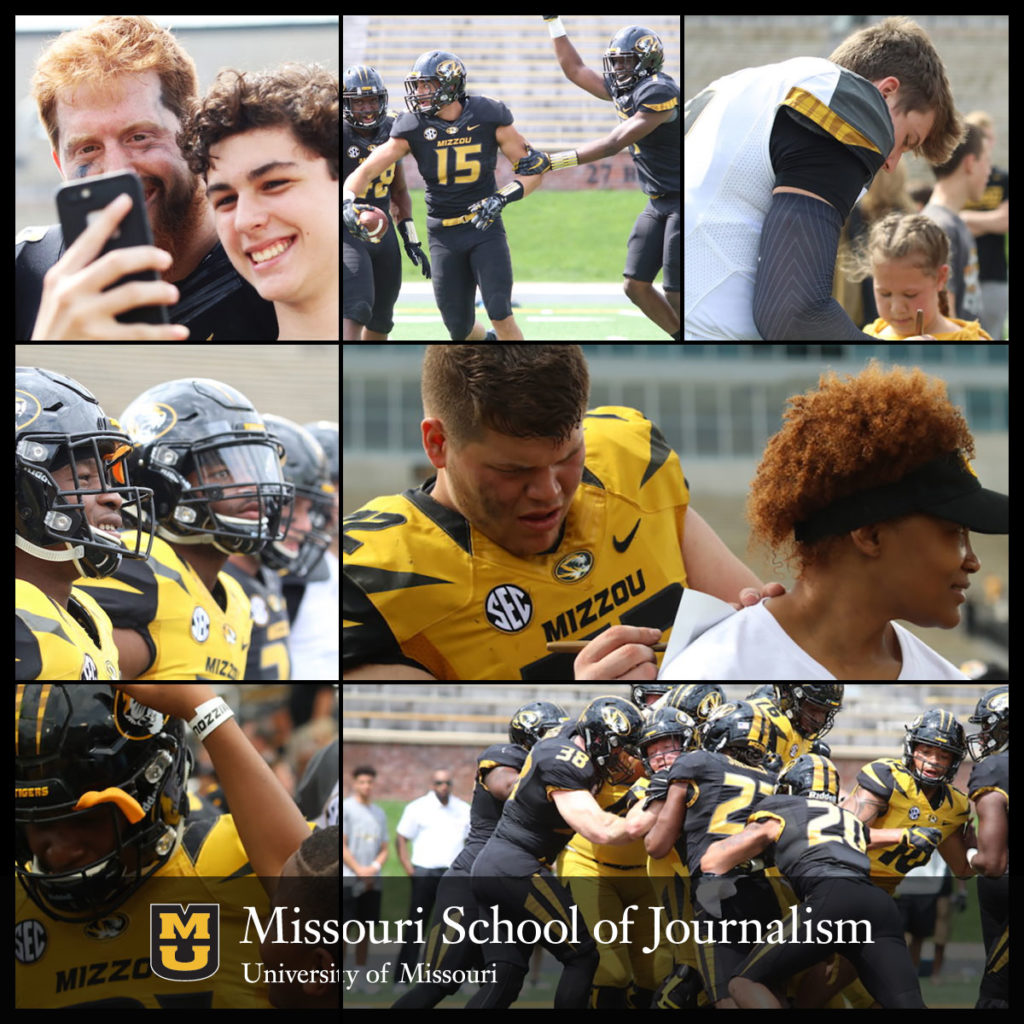 At the Missouri School of Journalism, students have many media outlets available to cover all aspects of sports. (Photos: Lexi Churchill.)

Check out what students are covering, photographing, filming, editing and sharing, as well as creating for strategic communication clients. The sports journalists represent all years in school, from freshman on up. For updates on all-things-sports at the Missouri School of Journalism, follow us on Twitter: @MUJschoolSports.