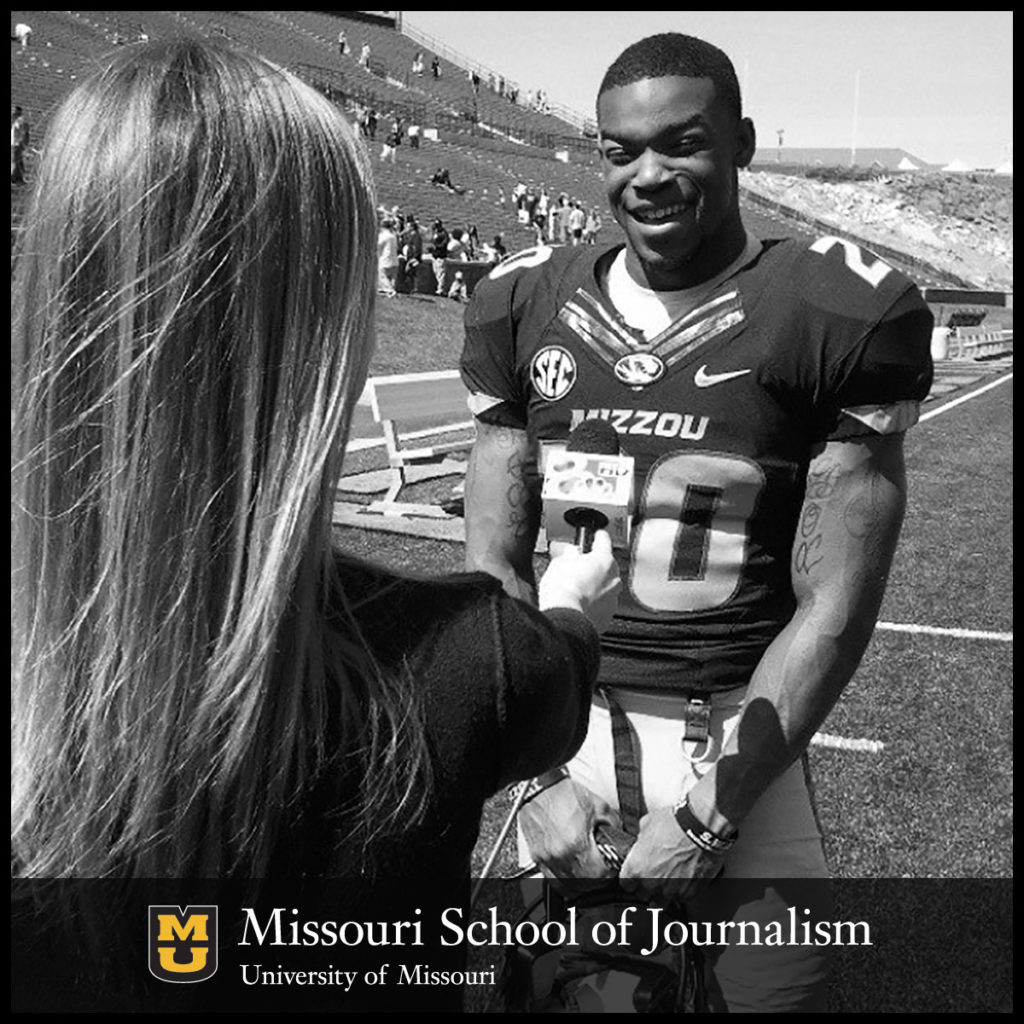 Columbia, Mo. (April 18, 2017) — Check out the behind-the-scenes sports action of Missouri students as they report, photograph, film, edit and share, create and more for the school’s professional news outlets and agencies, national publications as well as campus media. Opportunities are available for all years in school, freshmen through senior. Follow us on Twitter @MUJschoolSports to receive updates.

Senior Colton Pouncy contributes to PowerMizzou.com, Missouri’s Rivals website. For the week of March 27, he was in Chicago to cover the McDonald’s All-American game, focusing on a Missouri angle as he covers new Mizzou commit Michael Porter Jr., the No. 1 recruit in ESPN’s 2017 rankings.

Sophomore Alec Lewis, who writes for the Kansas City Star, filed a story with a Missouri angle on “one and done” prospects from Memphis where Kentucky and North Carolina faced off for a trip to the Final Four on March 26. [More]

Senior Marissa Rubino covered signing day at Battle High School in Columbia to file a story about three generations of college athletes in one local family on April 4. She filed the package for KOMU-TV, mid-Missouri’s NBC affiliate where Missouri journalism students staff the newsroom. [More]