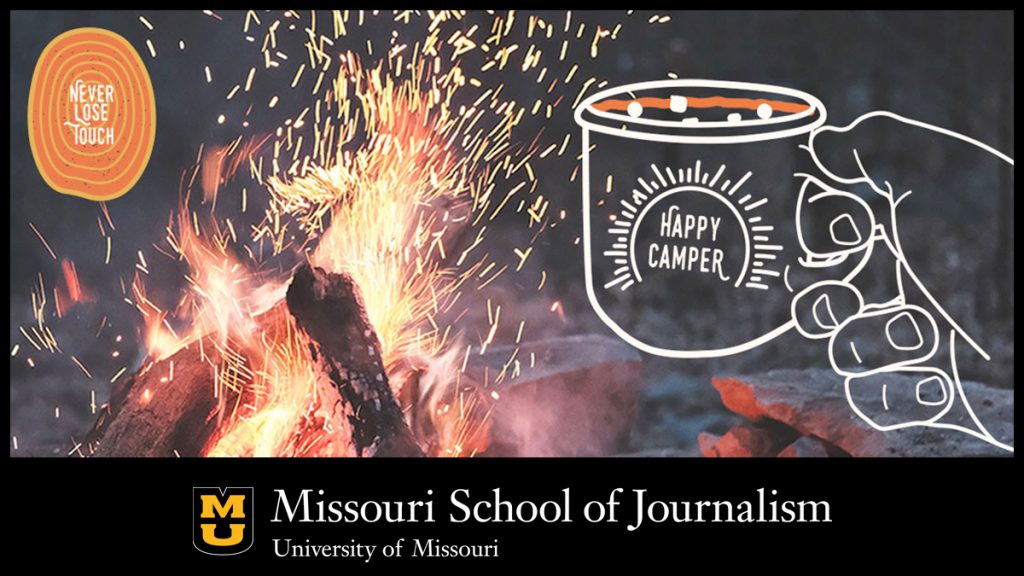 During the pandemic, most people were stuck inside of their homes, nervous to go out in public spaces for fear of becoming infected and endangering their families. One of the few refuges people had was spending time in the great outdoors. This summer, the Missouri Department of Conservation (MDC) launched a campaign to promote the idea of enjoying nature through a campaign designed by MOJO Ad called “Never Lose Touch.”

MOJO Ad, the premier, student-staffed ad agency at the Missouri School of Journalism, worked with members of the Association of Fish & Wildlife Agencies in spring 2020 to develop strategic communication campaigns to encourage 18-to-24-year olds to take advantage of the areas of nature in their states. The 33 students of MOJO Ad were divided into three teams, each working on campaigns using MDC and the Nevada Department of Wildlife (NDOW) as the launching points. While each team — Venex, Vista and Ampersand — created campaigns that were valued by MDC and NDOW, it was the Venex campaign that was selected to be implemented in Missouri.

“The creativity of the proposed marketing campaigns blew me out of the water,” said Heather Feeler, Communications Branch Chief at MDC. “It was evident they had done their research well, both for YAYAs and for conservation, and brought us … campaign choices we could implement immediately.”

With this campaign and its theme of “Never Lose Touch,” Missouri residents are given the opportunity to re-experience trails that they visited as a child and share it with those they love. Even though many things have changed over the years, the connection to nature never does.

“We found through secondary and primary research that many of the youth and young adults were ‘nostalgic by nature,’” said Aaron Carter, account manager for the Venex team. “When we were building this campaign, I spent a lot of time reflecting on my own childhood experiences and trying to remember what drew me to be in nature.”

When MOJO Ad students began working on these campaigns in Spring 2020, the COVID-19 pandemic wasn’t on anyone’s radar. That quickly changed in late March when the country shut down and Mizzou decided to move classes solely online, meaning the majority of the campaigns were completed via Zoom. Plans for outdoor video and photo shoots were abandoned, making things challenging given that the project itself revolved around being in nature. However, the student teams were given creative freedom and were constantly encouraged by professors to create a new, exciting and fresh campaign while following campus and CDC guidelines for safety.

“Having to orchestrate and create an entire integrated campaign over Zoom brought its own challenges,” said Lacey Paul, the art director on Venex team. “My team was very resilient, and we did everything in our power to create an amazing campaign.”

Now, over a year later, visitors to the Missouri Department of Conservation website can spot elements of the Venex campaign. The MDC has created an all-encompassing hub that includes everything a person needs to get back into nature. Whether someone is an avid outdoorsman looking for a new trail to explore or a novice trying something new, the website and the corresponding app have suggestions.

“Perhaps they are nostalgic for nature because that is how they spent time as a kid, but, with a busy life, they’ve lost touch with that,” said Feeler. “Nature is such a restorative place, especially for those burned out and stressed out. We want them to paint themselves back into the nature picture, which the campaign graphics helped showcase, and to be connected to nature and our conservation story.”