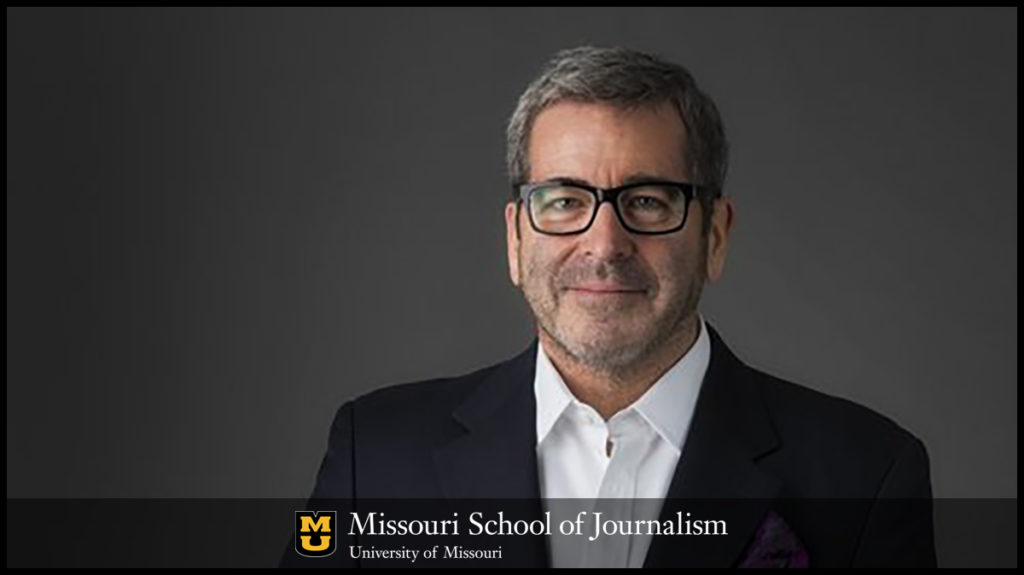 The award-winning journalist will speak on the important role of science journalism in changing public perceptions around climate change.

Columbia, Mo. (Oct.  14, 2019) —The Missouri School of Journalism will welcome Miles O’Brien, science correspondent for the PBS NewsHour and a producer-director for NOVA, for an evening lecture on Thursday, Oct. 24 beginning at 6 p.m. at Gannett Hall, Fisher Auditorium on the University of Missouri campus. The event is free and open to the public.

O’Brien’s talk, “Science Journalism and the Changing Public Perception of Climate Change,” will discuss the emergence of climate change as an issue of scientific concern, changing public perceptions about the topic, and how journalists – both those who cover science and those who cover politics – have helped shape those perceptions.

O’Brien has become one of the most recognizable voices in broadcast journalism, covering stories as diverse as the California megafire, the hunt for the Boston bombers, the Fukushima nuclear disaster, and the problem of junk news and Facebook.

Previously, O’Brien had been at CNN, where he covered the space program and secured a deal with NASA to become the first journalist to fly on the space shuttle. The project ended after the loss of Columbia and her crew in 2003.

In February 2014, a heavy equipment case fell on O’Brien’s forearm while he was on assignment in Japan. He developed acute compartment syndrome, which required emergency amputation of his left arm above the elbow. He won the AAAS Kavli Science Journalism Award in 2015 for a two-part NewsHour series about prosthetics and the challenges of developing a fully functional human limb. In addition, he has won a half-dozen Emmys, a Peabody and a DuPont for his coverage of Hurricane Katrina and its aftermath.

“Miles used his years of experience to turn personal misfortune into award-winning stories,” said Associate Professor Sara Shipley Hiles, who oversees the Smith/Patterson program. “He has been honored as one of the top science journalists in the world and we’re excited he is able to come to campus and share his expertise and insights.”

The AAAS Kavli lecture series brings winners of the distinguished science journalism award to campuses for public lectures and workshops with journalism students. This is the first time the School of Journalism has hosted an AAAS Kavli Science Journalism Award Lecture.

O’Brien’s lecture will be livestreamed by the School of Journalism on the School’s Facebook page: https://www.facebook.com/mujschool

The American Association for the Advancement of Science (AAAS) is the world’s largest general scientific organization. The AAAS Kavli Science Journalism Awards program, established in 1945 and endowed by The Kavli Foundation, went global in 2015.

The Kavli Foundation advances science for the benefit of humanity. It funds research institutes in astrophysics, nanoscience, neuroscience and theoretical physics. It supports conferences, symposia, endowed professorships, workshops and other activities and is a founding partner of the biennial Kavli Prizes in astrophysics, nanoscience and neuroscience.