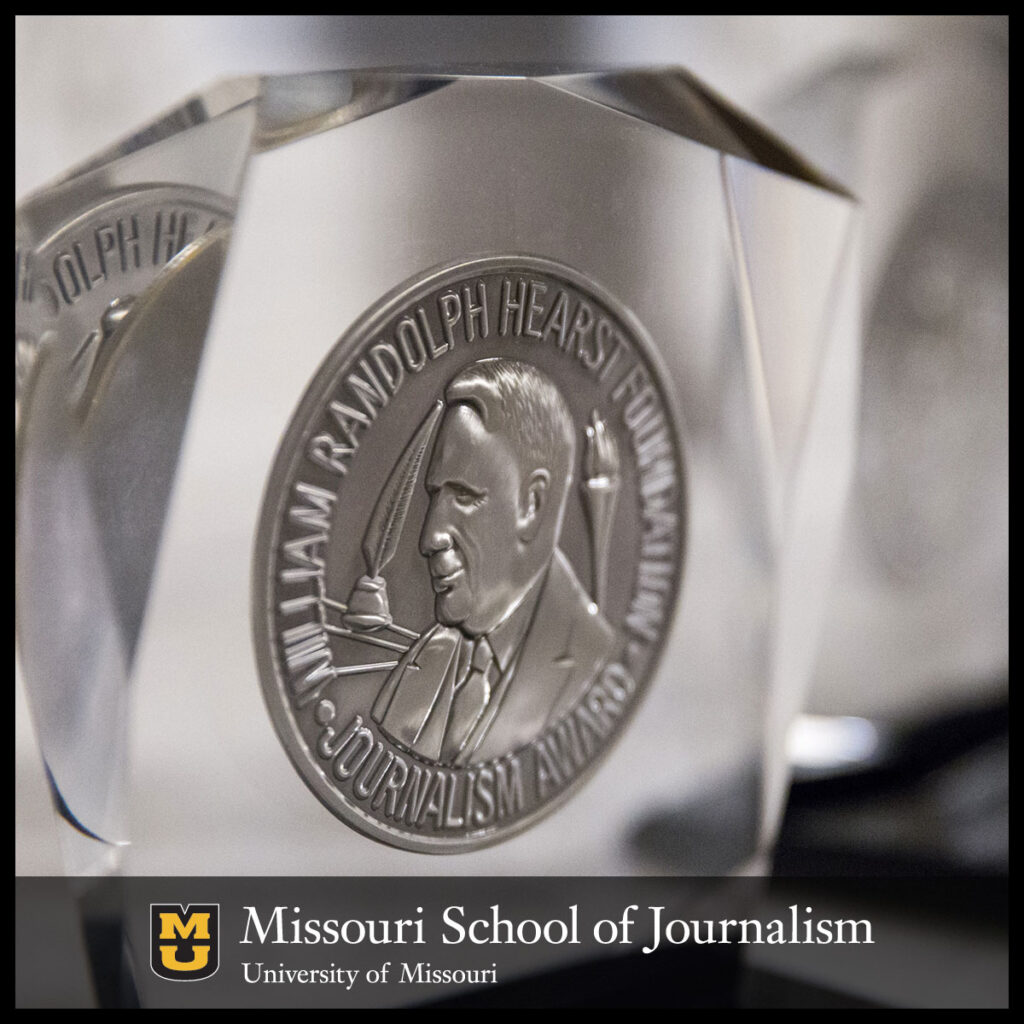 Columbia, Mo. (May 16, 2005) — The Missouri School of Journalism placed fourth in the overall intercollegiate competition and second in the writing competition in the 2004-2005 Hearst Journalism Awards Program.

Often called “The Pulitzers of College Journalism,” the Hearst program holds year-long competitions in writing, photography and broadcast news. Journalism schools accumulating the most points earned by their students in each category are designated the winners. Missouri winners were:

“This strong showing demonstrates once again the strength of our program,” Brian S. Brooks, associate dean for undergraduate studies, said. “We’re proud of the work our students do.”

The Hearst Journalism Awards Program operates under the auspices of the accredited schools of the Association of Schools of Journalism and Mass Communication. It is fully funded and administered by The William Randolph Hearst Foundations.

Currently, more than 100 accredited undergraduate schools of journalism in the United States are eligible to participate in the program, which awards more than $400,000 in scholarships and grants annually.