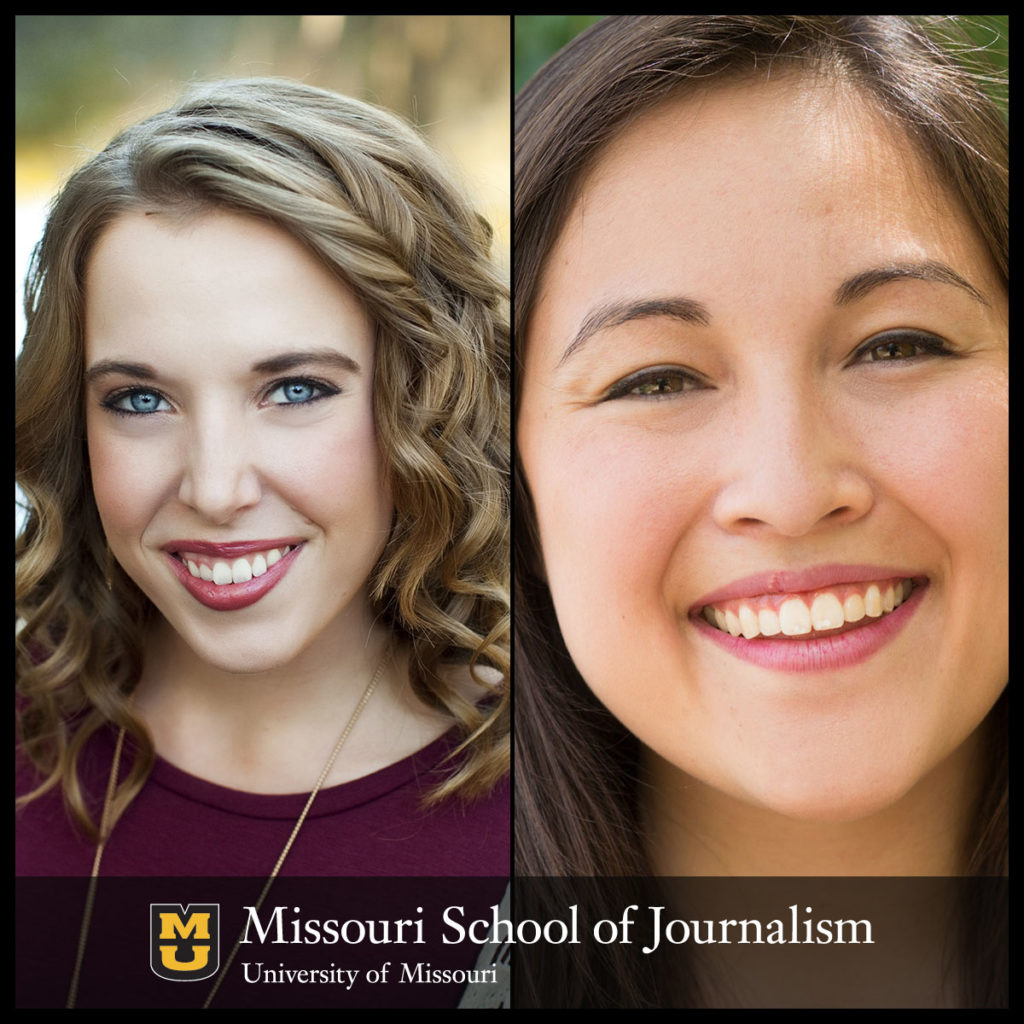 The Contest Drew 114 Entries from 62 Schools

San Francisco (May 9, 2017) — The work of two Missouri School of Journalism students placed in the top 20 in the highly competitive personality/profile writing competition of the 2016-17 national Hearst Journalism Awards Program.

Judging the writing competitions this year were: Nicole Carroll, vice president of News and editor, The Arizona Republic/azcentral.com; Audrey Cooper, editor in chief, The San Francisco Chronicle; and David Zeeck, publisher, The News Tribune in Seattle.

Puckett’s entry was titled “Centro Latino Brings Together Good Food and the Columbia Community.” The story, published in the Feb. 16, 2017, issue of Vox Magazine, shares how Centro Latino strives to help low-income families through services such as after-school programs, Spanish classes and Comedor Popular, or The People’s Diner.

Puckett is a May 2017 graduate who studied magazine journalism writing with a minor in English writing. She will continue her studies as a master’s student this fall. Puckett attributes her win to journalism professors helping her learn how to push boundaries. The topic for this winning entry was a story she developed in a class about writing for food and wine, taught by Nina Furstenau.

Niedringhaus’s entry, “Beyond the Scope,” is an in-depth examination of science education and the country’s drive for space exploration. The story, published in the June 16, 2016, issue of Vox Magazine, features Central Missouri Astronomical Associate volunteer Randall Durk who helps staff the University of Missouri’s Laws Observatory.

Niedringhaus, BJ ’16, graduated with a degree in magazine journalism writing. She is a full-time breaking-news reporter for the Coloradoan in Fort Collins.

“The Missouri School of Journalism is great for the hands-on experience it provides,” Niedringhaus said. “By the time I entered my career, I felt incredibly prepared because of the variety of experiences that the journalism school provided, as well as the mentors I worked with throughout my time there.”

The 57th annual Hearst Journalism Awards Program is held in 106 member universities of the Association of Schools of Journalism and Mass Communication with accredited undergraduate journalism programs.