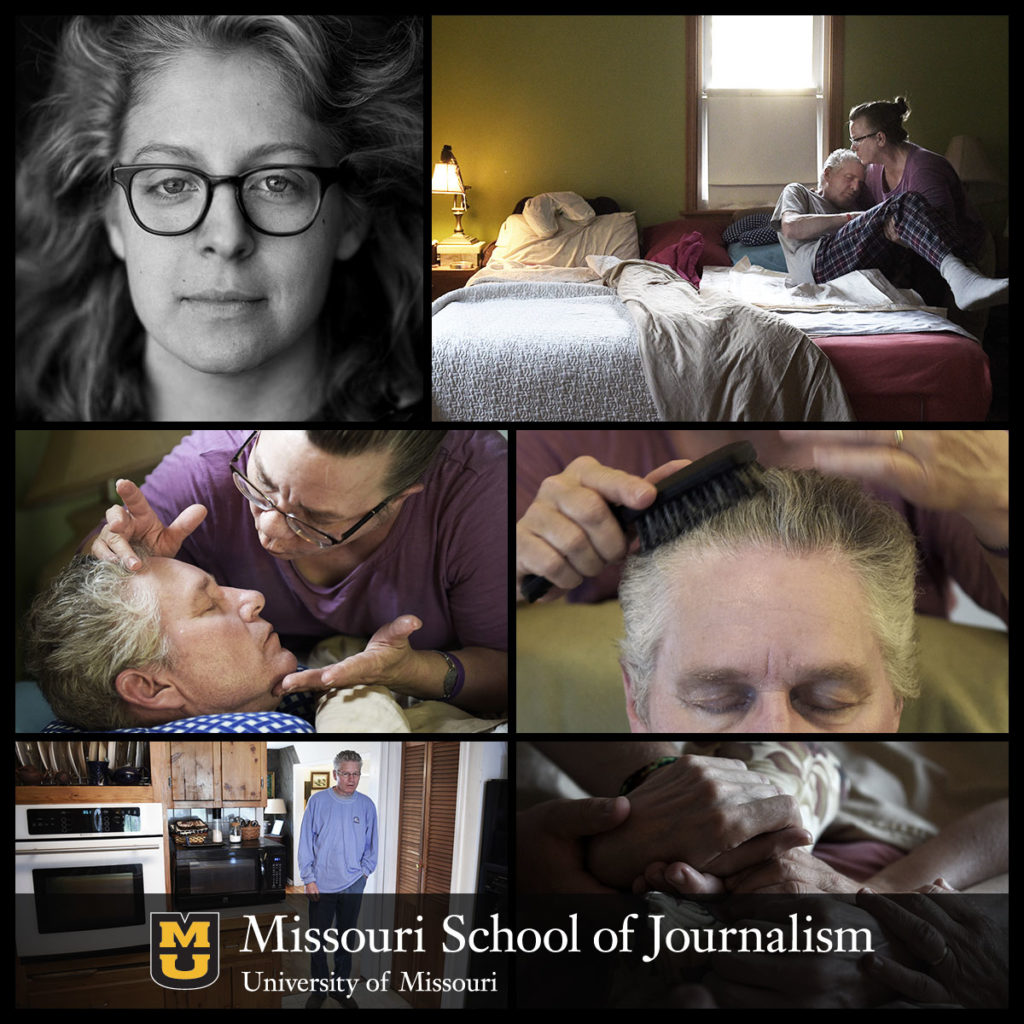 Over the course of two years, recent alumna Kayla Wolf, BJ ’17, documented the daily reality of early-onset Alzheimer’s disease, building a personal relationship with the Cottles that in many ways became even more significant than her photojournalism capstone project.

Columbia, Mo. (April 25, 2018) — Recent Mizzou alumna Kayla Wolf, BJ ’17, is competing as one of 10 photojournalism semi-finalists in the 2018 Hearst Journalism Awards Program. Wolf will submit an additional photo portfolio as a semi-finalist to be considered for Hearst’s National Photojournalism Championship.

Wolf earned the honor after placing second in the award program’s Photojournalism II – Picture Story/Series category for her photo package “Last Best Day.” As a junior and senior, she documented the story of a couple impacted by early-onset Alzheimer’s disease. Wolf’s entry was one of 90 submitted from students from 51 schools across the country. Her second-place award included a $2,000 scholarship.

Wolf photographed Amelia Cottle and her husband, Brian, who was diagnosed with Alzheimer’s in 2012 when he was 52. The photos accompanied a Columbia Missourian story written by Katelyn Lunders in 2015. Wolf continued to document the couple’s daily reality and Amelia’s full-time caregiver responsibilities for a capstone project. Amelia asked her to return to photograph just days before Brian’s death in June 2017.

According to Wolf, this was one of the hardest projects she’s worked on because of its emotional nature, since the couple welcomed her into their lives, spent much time with her and developed a personal relationship. More than once, Wold left the camera equipment behind and just visited the Cottles to see how they were doing.

“The more you communicate with your subjects and have a really good relationship with them, the better your photos can be because they trust you, and they are trusting you with telling their story,” says Wolf.

“With unfettered access, Kayla photographed with intimacy,” says Brian Kratzer, director of photography at the Missourian. “Kayla combined intimacy and aesthetic to tell an emotional story of the long goodbye.”

But Wolf says she still had to be continually aware of when to put her camera down. She checked regularly to make sure Amelia was OK with her continuing to shoot a particular situation.

“You have to be cognizant of the space you are taking up and when you’re going to take a picture, letting people live their lives, while also documenting it,” she says. “There’s a really fine line.”

About the Hearst Journalism Awards Program