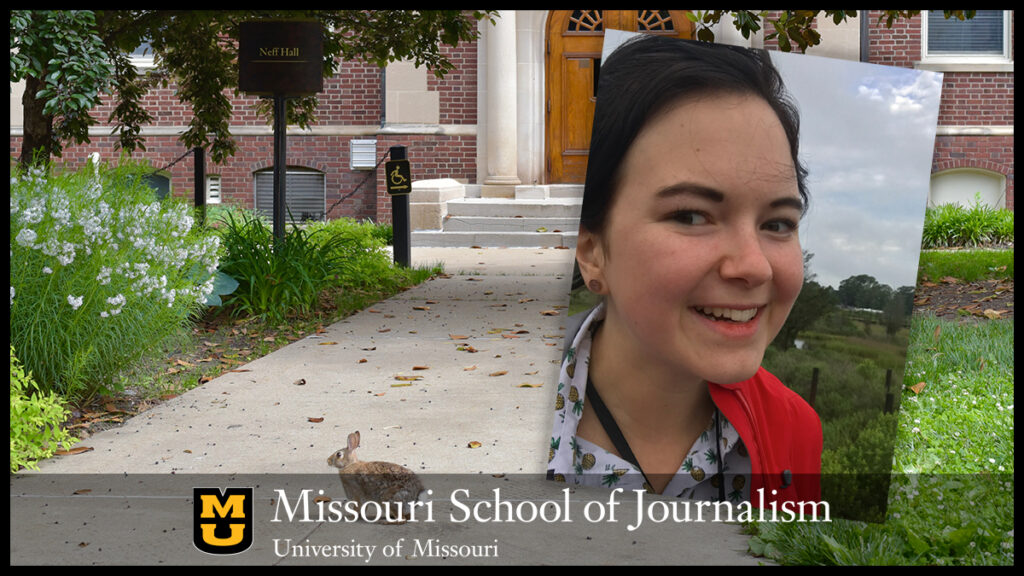 Story taught Colby perseverance as she waited for public records

Her entry, “CAFO regulations: Low fines, frequent inspections, repeat offenders,” was one of 107 entries received from 60 colleges and universities across the country. The article was published by the Columbia Missourian, which serves as a teaching laboratory for Missouri School of Journalism students.

Colby’s story was about the lack of regulations of factory farms and came about after she reported on a citizen group that was trying to challenge a Concentrated Feeding Operation (CAFO) in their town.

“I believe this story is award-worthy because it fulfills a basic tenet of journalism: accountability for the agencies and officials who are charged with enforcing regulations and protecting citizens,” said Associate Professor Mark Horvit, who worked closely with Colby on the story. Horvit is also the director of the school’s State Government Reporting Program. “The idea of the story was to find out whether the state and local governments had been enforcing the rules they enacted on large agricultural operations. What Claire found was that in most cases, they had not. If journalists don’t do the work, no one will, and the result of these regulations going unenforced can be pollution and health risks for residents.”

Colby said the story presented challenges when it came to accessing public records. She had strategically work her way up the chain of command until she could find someone to give her the needed records, she said.

“There were so many times that I felt like what I was doing wasn’t going to work,” she said. “I’m so glad I had the support of the Missourian faculty in doing this project.”

Horvit said this assignment provided a “great reporter” with the opportunity to learn how to fight for data and records, how to take ‘no’ for an answer and how to deal with the roadblock of endless delays.

Colby is now attending law school at the University of Minnesota.