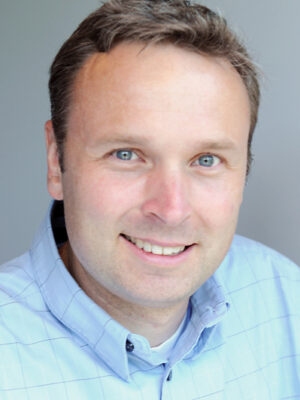 BRIAN KRATZER, MA ’05, is an associate professor and the director of photography for the Columbia Missourian. He teaches Photo and Visual Editing, Staff Photojournalism and works with an advanced multimedia team creating documentary videos for the Missourian’s website and app. Kratzer has been on faculty at the Missouri Photojournalism Workshop. He has attended The Kalish, the Eddie Adams and the Missouri Photojournalism workshops. Kratzer’s master’s degree from the Missouri School of Journalism depicted 15 families living on Missouri Century Farms throughout the state. He received the O.O. McIntyre grant, which allowed him to pursue the breadth and depth of that rural Missouri topic. In continuing with the rural theme, Brian co-produced a rural youth documentary series with the Missourian and KBIA that resulted in premiers at Ragtag Cinema and in several Missouri towns.

Kratzer was previously the director of photography and the assistant managing editor for online and multimedia at the Gainesville (Fla.) Sun where he helped lead the newsroom into a Web-first environment. The video and photo team covered multiple University of Florida football and basketball national championships with close coordination with the online team. This leadership earned Gainesville.com and Gatorsports.com the Arthur “Punch” Sulzberger award, the highest honor for innovation and success from The New York Times.

Kratzer also has worked at the Columbia Tribune, the Moscow-Pullman (Idaho) Daily News and interned with the Eugene (Ore.) Register-Guard, the Wichita (Kan.) Eagle, the Great Falls (Mont.) Tribune and the Manhattan (Kan.) Mercury. As a graduate student at Missouri he served as graduate coordinator for CPOYi and POYi. Kratzer has taught as an adjunct journalism instructor for both the University of Missouri and the University of Florida.