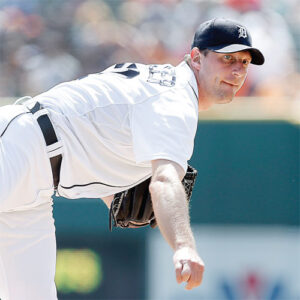 The winning entries highlighted local high school football and basketball, University of Missouri athletics as well as a profile on a rodeo queen hopeful. Greg Bowers, sports editor, and Brian Kratzer, director of photography, supervised the winners’ work, which was completed while students at the School.

“Recognition from the industry is always a good thing, especially for students who are aiming to enter that industry,” Bowers said. “The section awards are especially satisfying in that they recognize the team effort. I’m proud of the team.”

Two awards were won in the multimedia category. Roxana Pop and Meredith Turk won for “Missouri’s Miss Teen Rodeo Rides Again,” which ran on June 11, 2013, in the Missourian. Pop and Turk are master’s students at the School.

Timmy Huynh, MA ’13, and master’s student Katie Alaimo won for “Upward Basketball League About More Than Winning,” which ran on Jan. 28, 2013, in the Missourian. Huynh is currently a photo editor at The Wall Street Journal.

In the explanatory writing category, Andrew Wagaman, BJ ’13, won for “Concussion Worries Cause Tension in Columbia’s Youth Football Community,” which ran on May 1, 2013, in the Missourian. Wagaman is now the sports intern at The Virginian-Pilot in Norfolk.

Beat writing honors went to Brendan Meyer, BJ ’13, who covered collegiate basketball for the Missourian while a student. He is currently road tripping across the U.S. to find a job, telling stories along the way at FrontSeatStories.com.

The Top 5 in each writing category will be announced later this year. The Missourian competes in the under 30,000-circulation category and has won almost four-dozen APSE awards in the past nine years.

APSE is a national organization that works to improve standards for sports departments of professional news organizations and to recognize professional excellence among its membership. Members are sports editors and reporters at daily newspapers across the U.S.