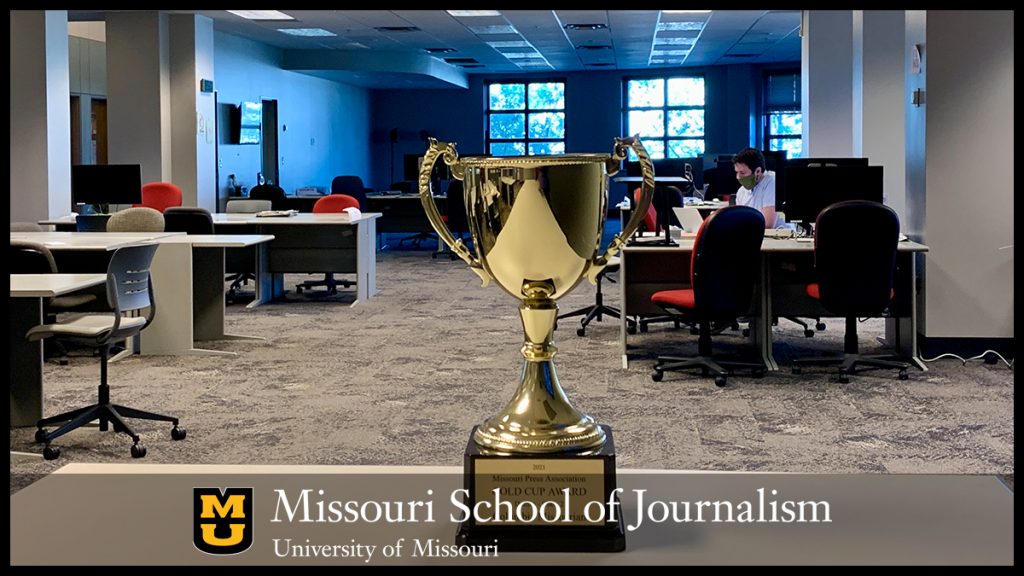 The Columbia Missourian, the School’s digital-first community newsroom that covers news and sports, won 51 awards Saturday in the Missouri Press Association’s 2021 Better Newspaper Contest, including the Gold Cup award given to news organizations with the most awards in its division.

The Missourian competed in the division of newspapers with circulations from 5,001 to 15,000 and won awards for written stories, visuals, multimedia, graphics, design and projects produced in 2020.

The awards were announced Saturday at the Missouri Press Association’s annual convention and awards luncheon held in Excelsior Springs this year.