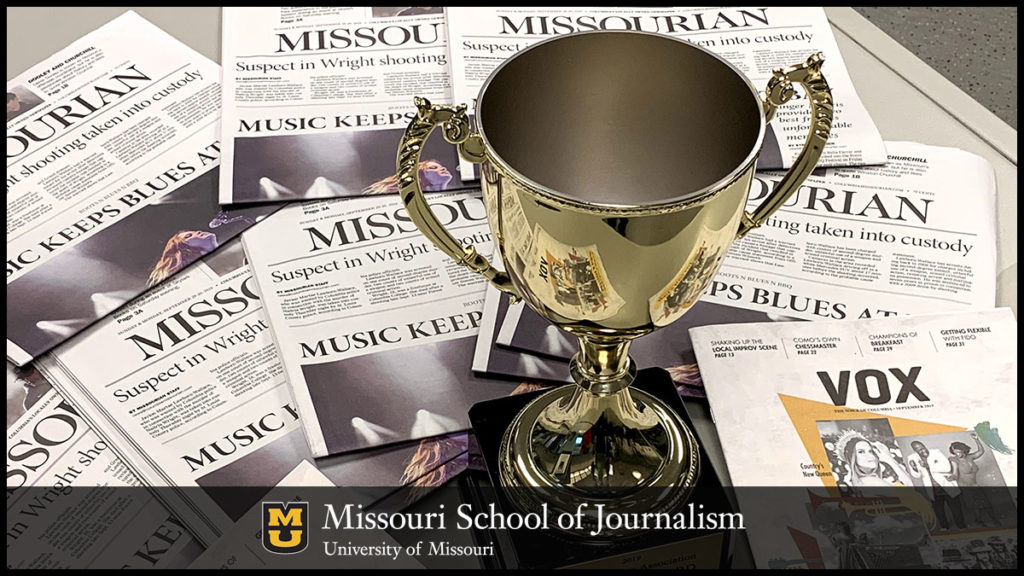 The Columbia Missourian, including Vox Magazine, won 64 awards in the Missouri Press Association‘s 2019 Better Newspaper Contest, including the gold cup award given to the news organization with the most awards in its division.

The Missourian competed in the division of newspapers with circulations from 5,001 to 15,000 and won awards for written stories, photos, ongoing coverage, multimedia, graphics, design and projects published in 2018.

The awards were announced Saturday, September 28 during the Missouri Press Association convention in Kansas City.

About the Columbia Missourian

The Columbia Missourian is a digital-first publication founded in 1908 as a community newspaper and working laboratory for students at the Missouri School of Journalism. The Missourian regularly beats out the St. Louis Post-Dispatch, Kansas City Star and Columbia Tribune for state journalism awards.