There were 114 entries from 64 schools received in the enterprise writing competition.

Christine Jackson, a senior who focuses on arts and culture journalism, tied with three others for 14th place, and Katie Kull, a junior who emphasizes in print and digital reporting, tied for 19th.

Jackson’s feature story, which highlights the history of Renz Prison in Jefferson City, was published in Vox Magazine on April 1, 2015. 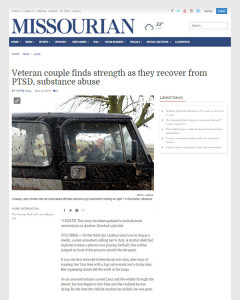 Kull’s article, published in the Columbia Missourian on May 13, 2015, is about a couple who returned from wars in Afghanistan and Iraq to find new struggles with addiction and post-traumatic stress disorder.

Jackson wrote her story for her intermediate writing class, and Kull wrote hers for an introduction to reporting class.

Kull said the hardest part about writing the story was that it was her first long-form piece of journalism that was more than 500 words. She spent up to three months interviewing her sources for it. 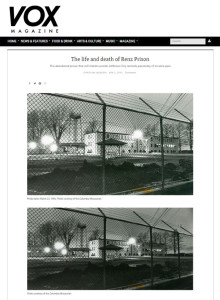 Jackson had a different experience. She said the hardest part writing about Renz Prison was getting access to speak with the family who owns the prison. “It took some convincing to get them to help me tell this story,” she said.