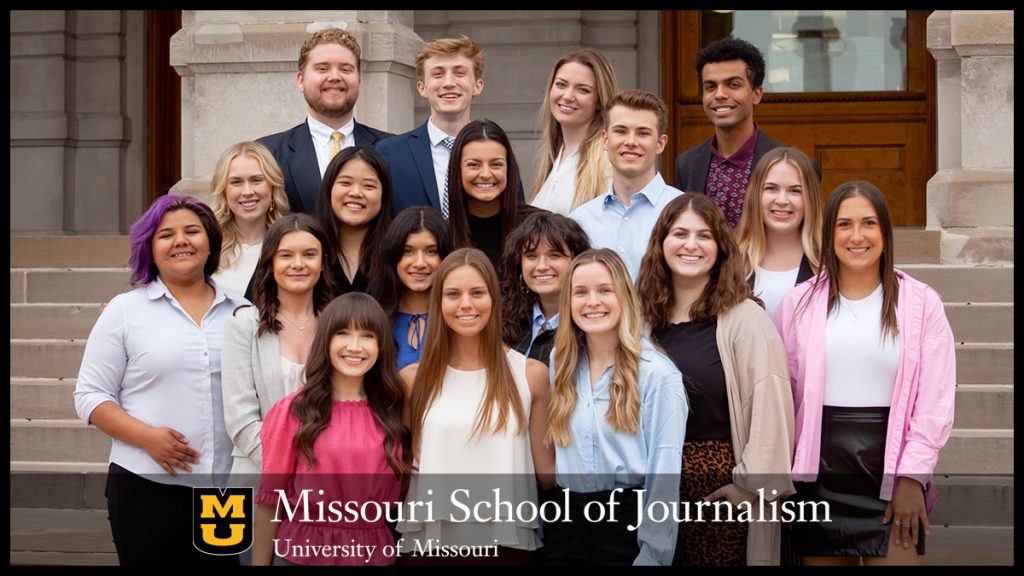 Holly Higginbotham knows there is no better way to learn about the advertising campaign process than to actually develop a campaign for a real client.

That’s why Higginbotham, an associate professor in the Missouri School of Journalism, pushed to make the National Student Advertising Competition (NSAC) — a premier college advertising competition sponsored by the American Advertising Federation since 1973 — a capstone project for Mizzou students majoring in strategic communication. In the past, seniors who wanted the NSAC experience on their resume participated as an extracurricular, which forced them to split their attention between that project and their capstone project. Still, MU student teams were holding their own, regularly placing third in their District 9 competition.

But Higginbotham knew Mizzou students could be even more competitive if they could focus their creative energies on the NSAC project. She was right.

In 2018, she advocated for NSAC to become a for-credit capstone project at the journalism school, and the change yielded immediate results. The 2018 team’s campaign for Ocean Spray won first place in its district competition and went on to advance to the national finals for the first time in school history, eventually taking third place in the nation. Since then, the Mizzou team has won its district competition every year and has advanced to the national finals two more times. In 2020 — when Adobe was the client — the team again finished in third place. Last year, Mizzou’s campaign for a dating app placed sixth in the national finals.

On April 22, this year’s team of 18 Mizzou students will have 20 minutes to pitch their campaign for Meta Quest 2 — a virtual reality headset — to a panel of judges at the District 9 competition in Kansas City. Their challenge is to use a $10 million budget to create an advertising campaign that convinces college students that having a Meta Quest 2 would be an essential part of their college experience.

They will compete against nine other universities from Missouri, Iowa, Kansas and Nebraska, with the winner advancing to the semi-final round to face winners from the other regional districts in the competition. Eight national finalists will be selected from the semi-final round to represent their university in the national finals, which this year takes place in June.

While Higginbotham appreciates Mizzou’s success of the past four years, she knows the real value in the competition is students having the opportunity to stand in front of a panel of industry judges to share the work the team has spent months developing.

In 2018, Holly Higginbotham advocated for NSAC to become a for-credit capstone project at the journalism school, and the change yielded immediate results. The 2018 team’s campaign for Ocean Spray won first place in its district competition and went on to advance to the national finals for the first time in school history,

“The face time, feedback and critiques that students from all schools get with professionals who are currently working in the industry is a phenomenal part of the competition,” she said.

Higginbotham also notes the educational value of seeing the campaign pitches from the other universities.

“All these teams have been given the exact same challenge from Meta, yet we’ll see 10 different approaches to solving that challenge,” she said. “It will be a day full of teachable moments — just one of the many reasons it’s my absolute favorite day of the academic year.”

MU senior Annabelle Merrill is the team’s account manager and has been working on the Meta Quest 2 project since fall, when she and other teammates began the research phase of the project. The idea is to build a foundation of knowledge that provides a deep understanding of the client, the industry and the target audience.

Merrill, who is from Dallas, said the project has been demanding, but enlightening. She graduates in May.

“It has been more beneficial than any internship I have had,” she said. “I’ve learned about leadership, conflict resolution and teamwork.”

Delaney Barnicle, a senior and creative lead for the Mizzou team, said she’s learned how to better manage her time and navigate stressful situations through her work on the project. After she graduates in May, Barnicle will join the social media team at Saks Fifth Avenue in New York.

“I’ve really enjoyed working with a team in which everyone is so passionate about the project,” she said. “That makes such a difference.”

Additionally, the NSAC experience has given Mizzou graduates an edge in the job market where industry leaders understand the rigor and professionalism of the competition.

Not long after Mizzou won the 2019 District 9 competition, Higginbotham was contacted by a large public relations and marketing firm in Chicago searching to fill an internship position at the firm with an “NSAC student.” Turns out, a student from Mizzou’s team was a perfect fit. She was hired as an intern and later moved to a full-time position.

“NSAC is an incredible opportunity for students, giving them hands-on experience developing a campaign for a major national brand. It mirrors the kind of work many of them will go on to do in their career at agencies and on the client side with brands,” Higginbotham said. “It perfectly complements our school’s existing ‘Missouri Method’ curriculum of learning by doing.”