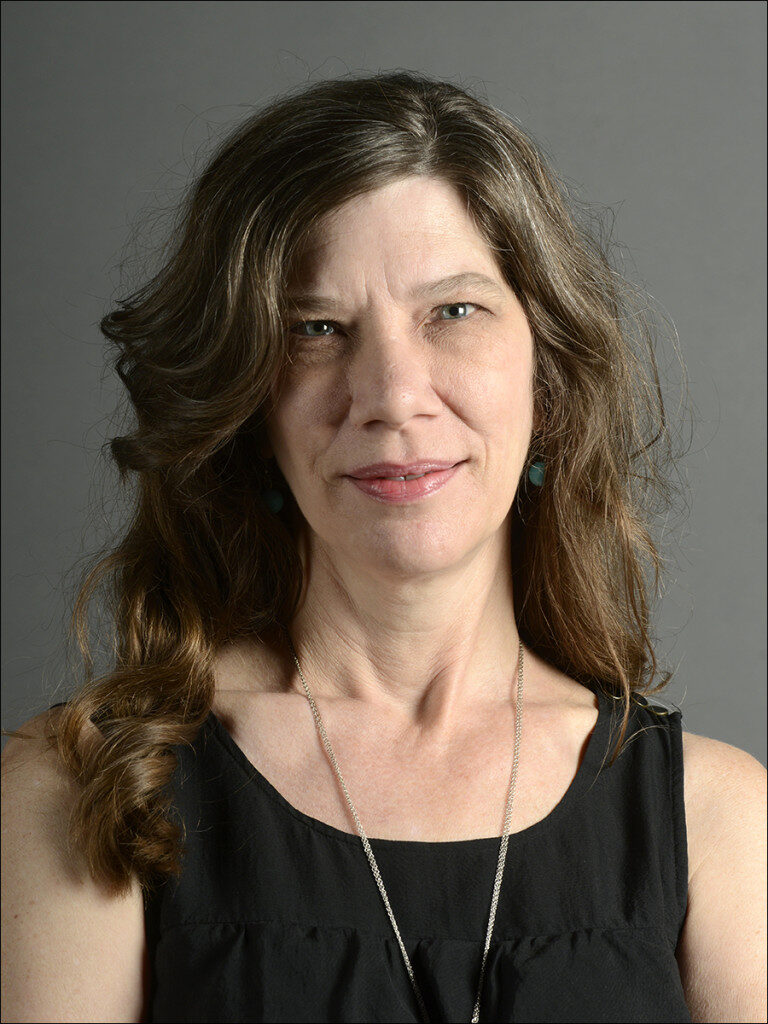 Columbia, Mo. (May 14, 2012) — Cheri Eichholz Cherry, the newsroom coordinator for the Columbia Missourian, was named the 2012 recipient of the Amy Lenk Staff Excellence Award during the recognition ceremony held May 7 in the Fred W. Smith Forum of the Reynolds Journalism Institute. Cherry received a $500 cash award and a plaque.

In her nomination packet the print and digital news faculty noted that Cherry made their lives easier and better.

“Cheri has single-handedly made a major improvement in the overall organization of the newsroom. She identifies problems and solves them,” noted the Missourian editors.

“She performs her work flow with an even temperament and a positive attitude,” said Jeanne Abbott, managing editor. “Nothing defeats her. In the face of hundreds of students and a dozen faculty members who depend on her to help the newsroom run smoothly, she is calm and competent.”

Other nominees for this year’s award included:

Several staff members were also recognized for employment anniversaries with the University of Missouri:

The tribute, formerly the Pat on the Back Award, was renamed in 2009 in honor of Amy Lenk, who retired in 2009 after 35 years of service with the school.